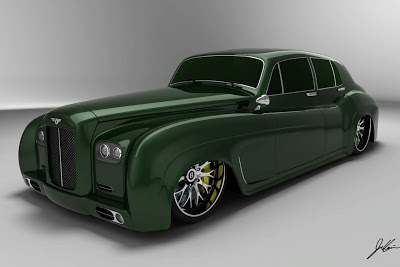 Having recently read the Midas Road article about the new presidential limousine commissioned by Russian president Vladimir Putin, the Queen of England decided to take it to the next level and had Bentley's 'bespoke' department whip up a royal ride that will make monarchs everywhere (whether inherited or elected) green with envy.  Drawing on the voluptuous Bentley S3 Limousine of the 1960s, her highness herself is said to have ordered up the killer 20-inch alloy wheels and custom interior.  Ah, what a great story.  If only it were true…


In point of fact, the picture is of the Bentley S3 E design concept created by engineer Arturo Alonso from Bentley Boys USA.  It is indeed based on the Bentley S3 limo from the 1960’s and, even with the retro-inspired design cues, still retains most of its original bodywork and chassis.  Under the hood is a BMW 4.4-liter V8 engine mated to a 5-speed ZF automatic transmission. 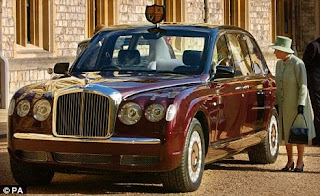 Alonso and his Bentley Boys team plans to build three examples of the car with prices estimated to start at around US$150k each…. Which, if true, would be a bargain considered against the $10 million pound price tag of the actual (and much less stylish) Bentley state limousine pictured here.
One has to admit that this looks more like a 'state limousine,' sad to say, but once one makes allowances stylistically for armor plating, bullet-proof windows, etc., well, they all wind up looking pretty much the same.  This one, however will be a centerpiece of a collection of Bentleys at the July 11-14 Coronation Festival in Buckingham Palace Gardens throughout the celebrations.
The Coronation Festival is open to members of the public from Friday 12th to Sunday14th July and 60,000 visitors are expected to attend. There will be a Royal Preview on Thursday, 11th July for invited guests, including Members of the Royal Family, charities, patronages, media, armed forces, inward investors and overseas trade missions, and guests of the Royal Warrant Holders Association and the Royal Household. In the evening, the Gardens will host a magnificent performance of music and dance: the Coronation Gala will celebrate cultural life during the reign of Her Majesty, showcasing the achievements and personality of this extraordinary age. For further information about the event please go to www.coronationfestival.co.uk
“Whilst the State Limousine is known to millions of people across the world, the Coronation Festival will offer a superb opportunity for visitors to take their time to walk around the car and get closer than usually possible. Her Majesty and The Royal Household have kindly made the car available for the occasion,” comments Richard Charlesworth, Bentley’s Director of Royal and VIP Relations.
Bentley’s craftsmen, designers and engineers (in partnership with several leading British automotive specialists) started work on ‘Project Diamond’ in 2000 with the clear objective of creating a truly elegant car suitable for every type of Royal occasion.
The State Limousine is designed to ensure as many well-wishers as possible have the opportunity to see The Queen and Bentley created a ‘panoramic glasshouse’ as well as making the vehicle far higher than any other car. Additionally, the rear seat position was determined using a model of the same height as The Queen and the doors are hinged at the rear and open through 90 degrees to enable Her Majesty to almost walk out of the car. 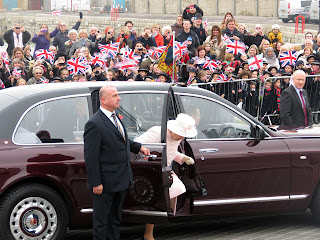 As well as presenting the State Limousine, Bentley’s craftsmen and designers will be offering live displays of some of the skills that provide every car that leaves the Crewe factory with a hand-built, bespoke feel.
The ‘open air workshop’ will show guests the mix of hand-to-eye coordination, skill and attention to detail needed to create Bentley’s luxury car models. For example, the team will be demonstrating how to contrast stitch a steering wheel or apply a crossband design to a wood veneer.
A final highlight from Bentley will be the presence of the company’s flagship model; the Mulsanne. Blending refinement and performance with luxury features and technology, the Mulsanne offers the greatest of grand touring experiences. The car takes nearly 400 hours to create (with 200 hours dedicated to crafting the luxurious interior) and nearly 120 exterior colours are available as standard as well as 24 leather colours. The steering wheel alone requires ten feet of thread and 620 stitches to complete.
I've been to the factory and seen what goes into one of these cars, whether it be for a royal or a regular Joe, and the level of craftsmanship is astonishing.  I've not been to this event, but it should be interesting event to attend, if you happen to be in London at the right time.
But really, wouldn't it be cool if someday the Queen's 'secret garage,' located somewhere on the back forty of Buckingham Palace is found and inside, parked right next to the muddy Land Rover we used to see her drive, is this gleaming alter-ego-mobile with HRH (Her Royal Hotrod) in gold script on the driver's door? 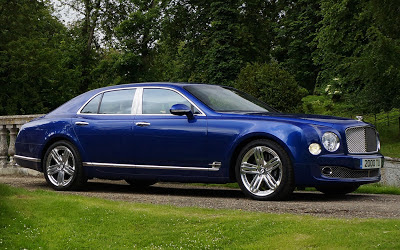 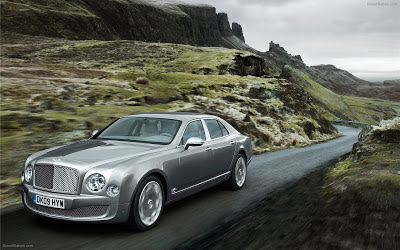 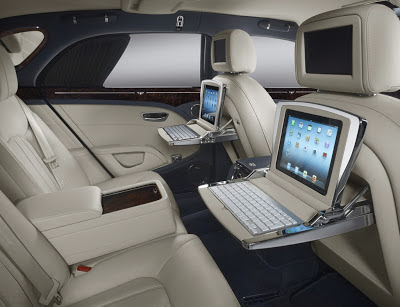 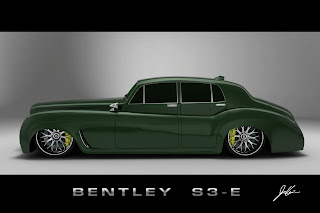 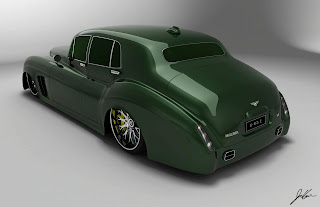 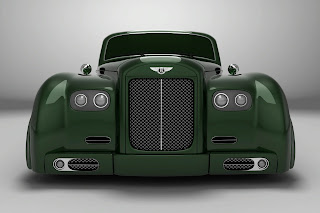