Rolls-Royces I Have Known... And The V-Spec Ghost 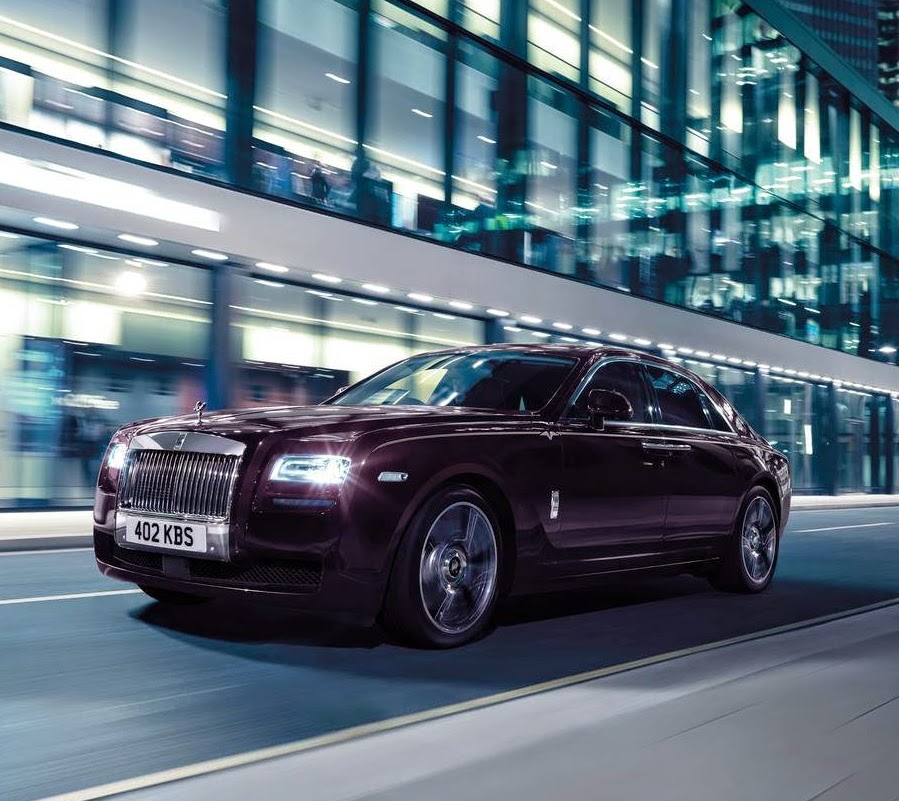 Live long enough and it becomes apparent that fractals – the patterns that repeat themselves throughout the both the natural and mathematical world – are at work in the automotive world as well.  The most recent demonstration of this for me is how some sort of Rolls-Royce experience periodically inserts itself into my life.  My first close-up experience with one was when my father bought a garage queen Corniche for about $8,500.  It was a dream car for him, one that he labored over intensively, but was afraid, because of its mechanical fragility, to drive; I doubt he put fifty miles on the car in the years he owned it.   I never even got to sit in it.  Me, the first time I got my hands on a Rolls, I had it sliding sideways, the tires howling like wounded beasts.


It was early in the Spring of 1998 and I was at Oulton Park raceway in England attending the introduction of the Rolls-Royce Silver Seraph.  It was the first car produced subsequent to the sale of the company and featured a BMM V-12 under the hood, the first such engine since the 1939 Phantom III.  I remember being positively giddy at being able, no, encouraged, to treat a Rolls-Royce this way, and I remember Tony Swan coming up to me afterward and bitching about the fact that I wouldn't move over and let him pass.

I also remember that my tape-recorded notes of the trip somehow didn't record, and a fellow journalist said "Well, you'll just have to write it from the heart."  Some of the best advice I ever got.  Changed my life in some ways, and I can't even recall his name.  Thanks anyway, unknown friend. 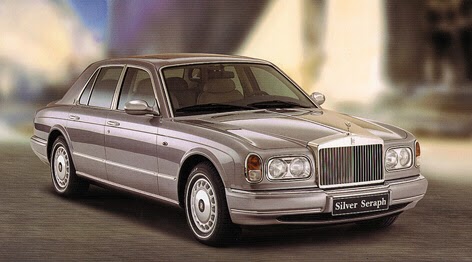 I believe what came next in my Rolls-Royce timeline was several years later at a Motor Press Guild track day at Willow Springs Raceway.  I was at the wheel of the newest Rolls, with the U.S. head of Rolls-Royce in the passenger's seat and a PR guy in the back.  I had some experience with hustling such cars along smartly, so I did, and watched as color drained from their faces and their ire rose at me treating their precious jewel with such… disrespect.  The incident probably did my journalistic reputation no good, but I had fun.

The next encounter was probably fifteen years in the making, though I don't believe it was the long arm of Rolls-Royce reaching out to keep me at a distance all that time… just happenstance.  Having moved from Los Angeles to Palm Beach, Florida, I was writing for the Palm Beach Daily News and had an assignment to write a story on a most interesting and elegant man named Lionel Falvet who was, at the time, Manager of Braman Rolls-Royce.  During the course of that interview, I had the opportunity to drive, and be chauffeured in, a Rolls-Royce Ghost and a Rolls-Royce Phantom, back-to-back.  It was such a singular experience that I wrote a separate story about, and am still telling that story to this day. 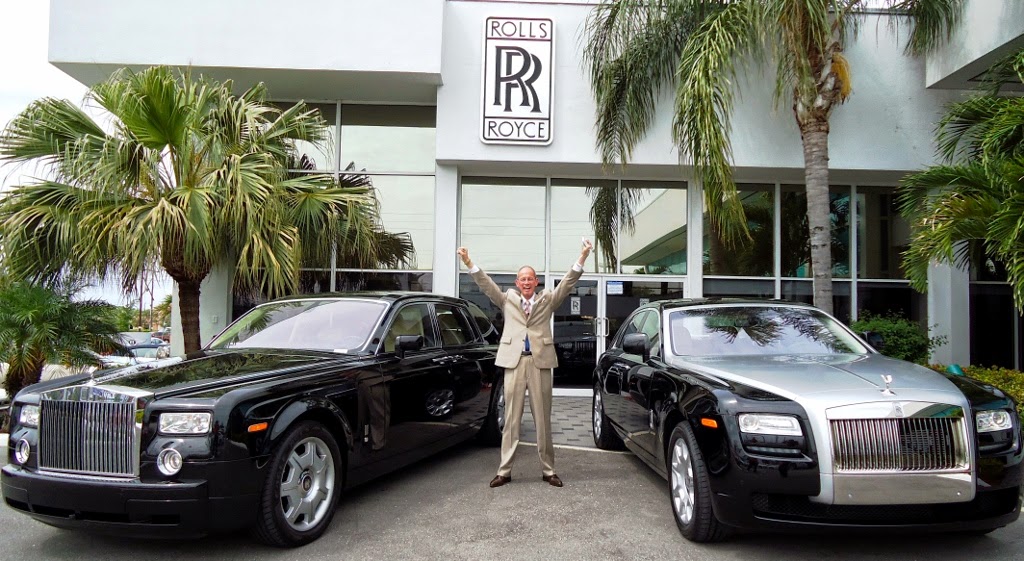 I cannot now recall if it was part of this story, or something else, but around that same time Rolls-Royce lent me a Ghost for several days to drive around Palm Beach.  When they were arranging to come get it back, I happened to mention that it was my birthday coming up… and they offered to let me keep the car for an extra couple of days.  Great present.  Apparently they finally forgave me for that Willow Springs transgression.

Fast forward to late last year and I found myself invited to the press introduction of the new Rolls-Royce Wraith at some fancy hotel/spa in the rocks outside of Scottsdale, Arizona.  They gave me the keys to their newest toy and a map of back roads through the mountains that would take about four hours to drive… and told me to have a good time.  We're a long way from righteous indignation at this point, and I'd love to claim some of the credit, but who knows?  In any case, the car is all rocket, every inch a Rolls, a pure joy to drive and another story  for the Palm Beach Daily News. 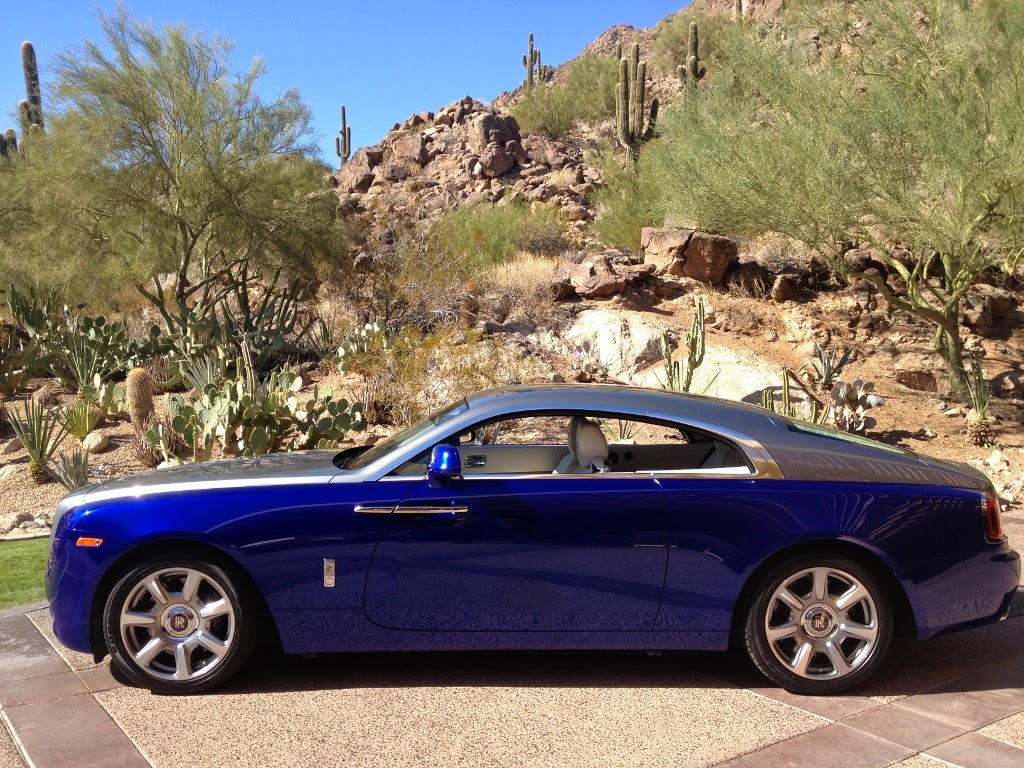 Now, as 'Peter Frey, the Test Drive Guy,' doing video test drives for Braman Motorcars, I find myself driving Rolls-Royces and Bentleys with some regularity.  Never gets old, though.  I wish my father could see me.  Don't get me wrong; he's still alive, at this writing anyway.  He just lives in California and is 95 years old and isn't quite as interested in cars as he used to be (though he does still own a Jaguar XJ12 and a Jensen Interceptor).

So, after possibly the longest introduction ever to a story, we come to the point.  Rolls-Royce is officially building hot rods… like the new V-Spec Ghost. 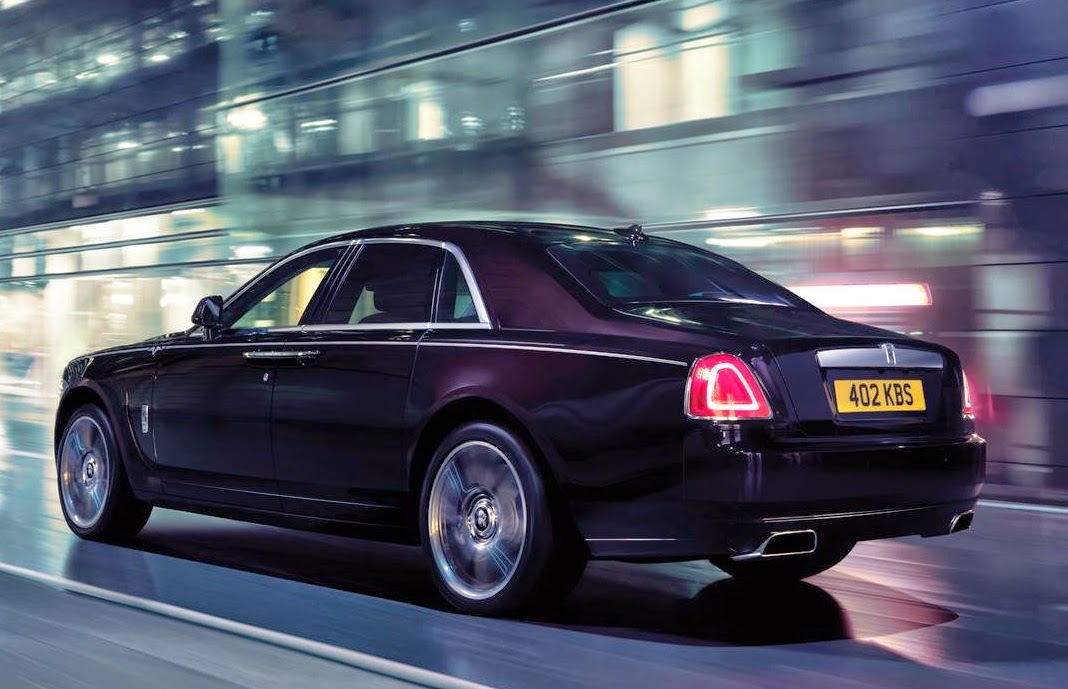 The Rolls-Royce Ghost is already a major player in the horsepower wars currently being fought among global luxury automakers.  Under the hood is the familiar twin-turbocharged 6.6-liter V-12 producing 563 horsepower.  With the new V-Specification option, however, horsepower jumps to 593 horsepower, which means 0 to 60 mph acceleration takes just 4.8 seconds… although top speed is still electronically limited to 155 mph. 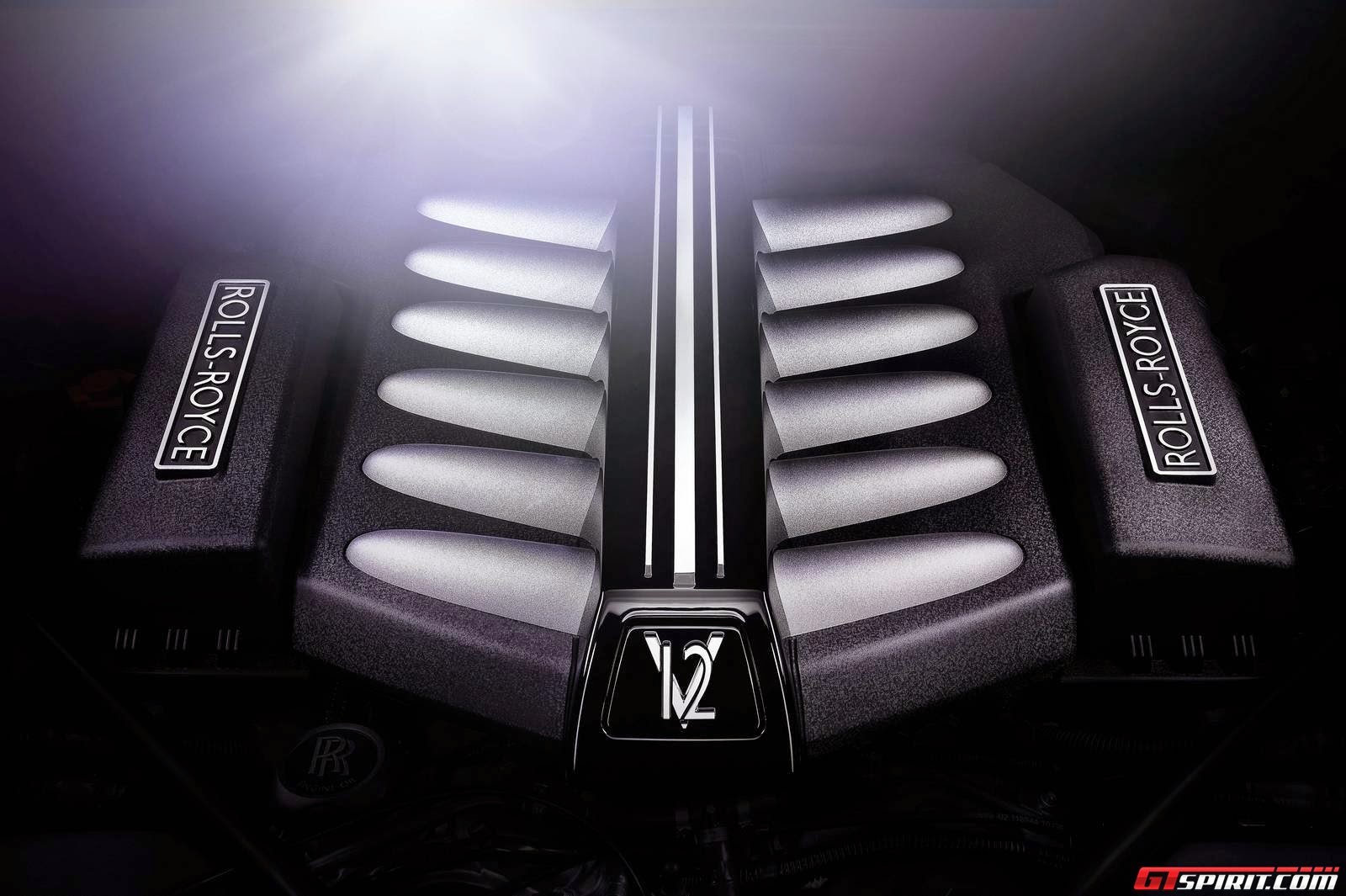 And, in the event of some mad impulse, you decide to take your V-specification Ghost out to the local drag strip and '… see what she's got,' you'll find that she's got the right stuff to do the quarter mile in 13.2 seconds.… which is substantial performance from a luxury car weighing 5,490 pounds.  And it handles good, too.

Along with the extra power, the Ghost V-Specification can be ordered in one of five carefully-selected exterior colors: Graphite, Black Sapphire, Black Kirsch, Arctic White and Infinity Black. The cars also come standard with a hand-painted coachline, which artfully incorporates the V-Specification motif.  In addition, new 21-inch wheels are also offered, and buyers can also choose a chrome finish for the exhaust tips.

Inside the car, there are more examples of the V-Specification motif -- including on the side sills and the dash. The leather, meanwhile, gets contrast piping and stitching, and there’s a special clock with a black surround located above the globe box. 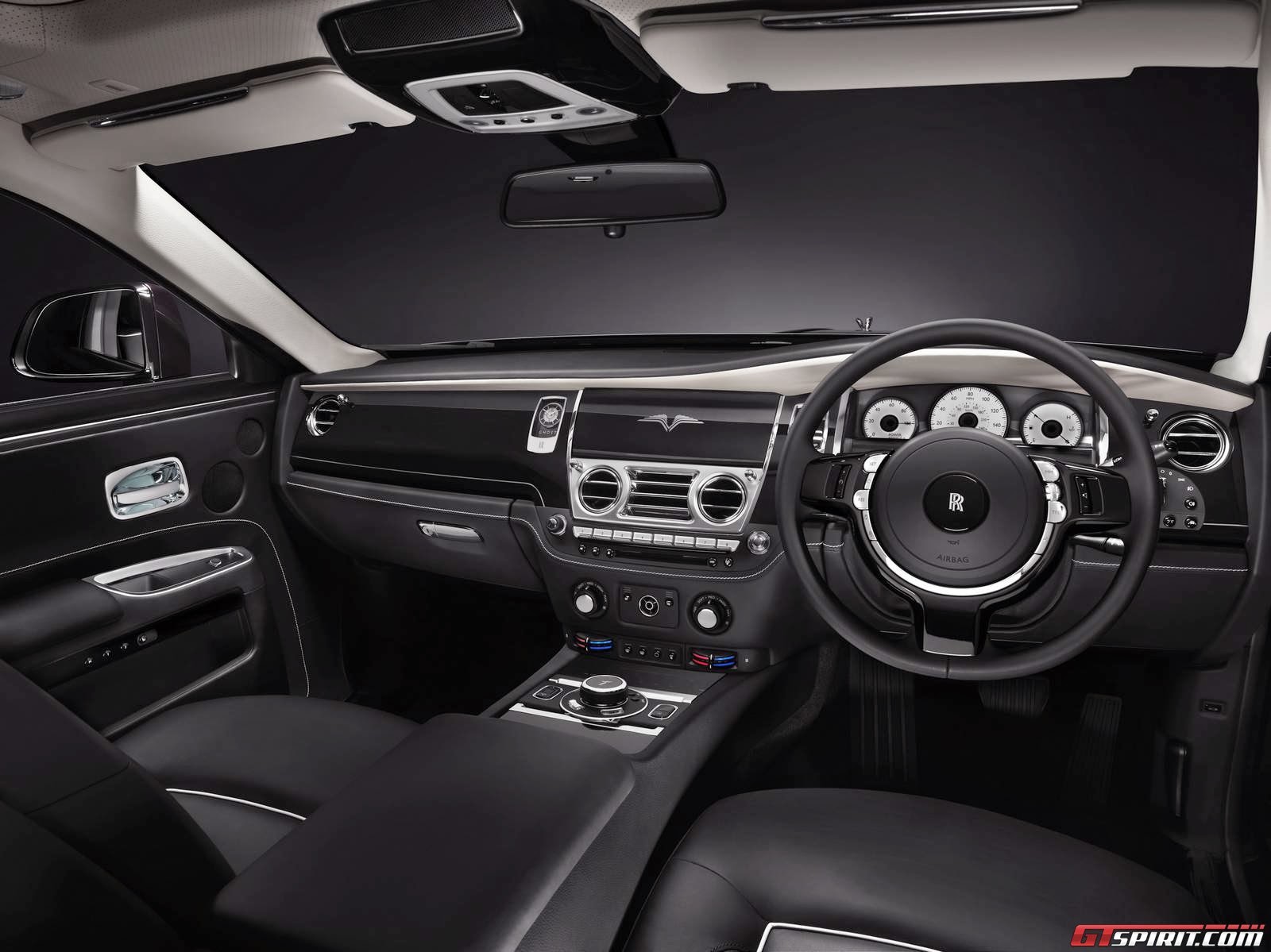 V-Specification relates to the car’s V12 engine, and also the Roman numeral V, meaning five. That’s denoting five years since the emergence of the Rolls-Royce 200EX concept, which went on almost unaltered to become the Ghost production car.

Happy birthday, Ghost! Haven't driven a V-Spec yet, but will soon… and will report on it here.

And finally, for the moment, we have this:

Rolls-Royce has announced that Formula One driver Jenson Button will drive the marque's range of motor cars during the 2014 Formula One season.  Button has selected a number of the company's models, including the Wraith, Phantom Drophead Coupe and Ghost, to transport him in style for ten of this year's grands prix.

"I am absolutely delighted to be accompanied by the very best in British luxury as I travel the world this year. I especially look forward to driving the Wraith, a fantastic addition to the Rolls-Royce fleet and quite simply a stunning car to look at and drive," said Button. 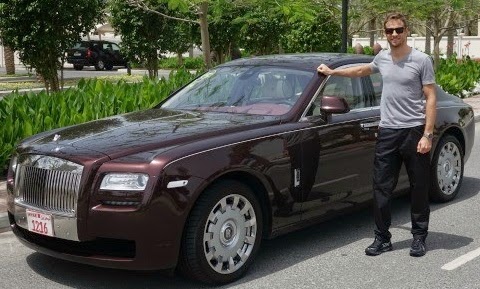 Lucky guy.  And a helluva driver.  But I beat him to it.