A BANK VAULT ON WHEELS 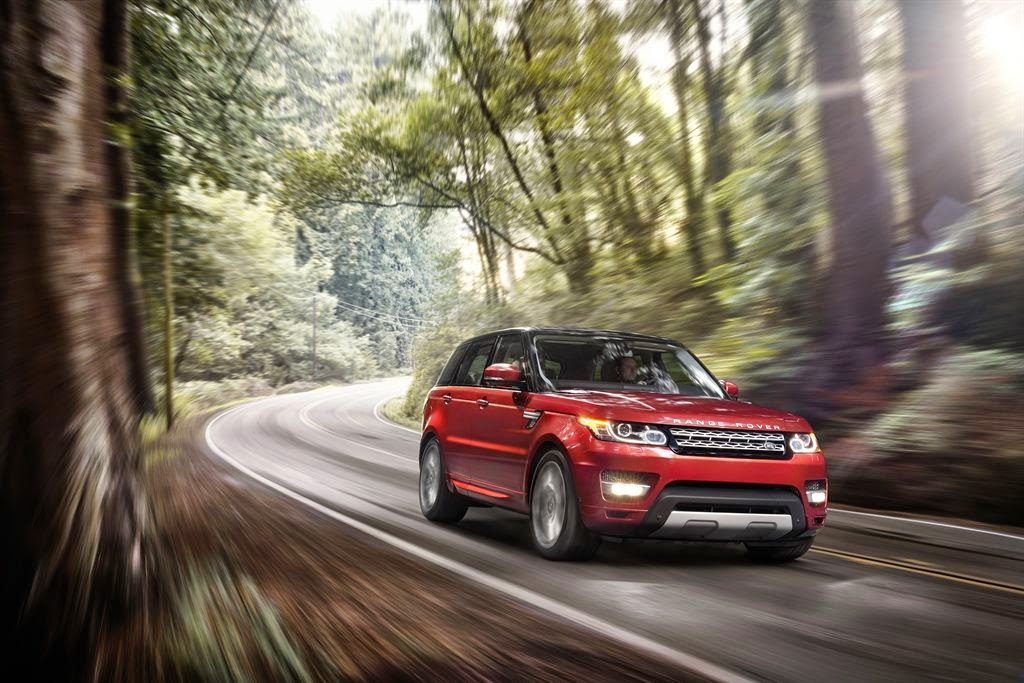 With the stellar selection of luxury / performance cars available today, the idea of driving a bank vault on wheels around Palm Beach may not seem particularly appealing.  But let's examine this particular bank vault, called the Range Rover Sport, more closely.  It's a vehicle so substantial in both size and construction as to make you feel not merely secure and protected… but almost unassailable.  It so thoroughly insulates you from the noise, vibration, smells and other irritating aspects of on-the-road reality that the outside world feels like a mildly interesting movie playing on the giant windows.

An admirable aspect of luxury, but the Range Rover Sport has a much broader spectrum of virtues.  The interior is a vast and sophisticated space lined in leather, with three rows of seating, and an array of glowing digital instruments and controls that not only does an admirable job of communicating information and controlling systems, but completely satisfies any jet pilot fantasies you may harbor.  For those with race-driver fantasies, the paddle shifters on the steering wheel allow you to impose a more aggressive on how you get from Point A to Point B.

"Land Rover is a hot brand right now, with wait times of about four months for the Range Rover Sport and longer than that for some other models," says Matt Adkins, General Manager of Land Rover Palm Beach.  "We all thought the previous Range Rover was a great vehicle, but the 2014 model surpasses it by such a margin that it's amazing.  Range Rover has been a worldwide legend for a long time, but now it's also world-class."

The list of both standard equipment and options on the top-of-the-line 'Autobiography' model ($104,750) we drove is far too long to list, but includes a glass sunroof large enough to make you feel like you're driving a convertible, a 23-speaker audio system that puts you not merely front row center at the concert but in the middle of the orchestra and a separate entertainment system with video screens, headphones and remote controls for second-row passengers.   And the air-conditioned front seats are so emphatically effective that snowbirds may well experience a little anatomy-specific shiver of nostalgia. 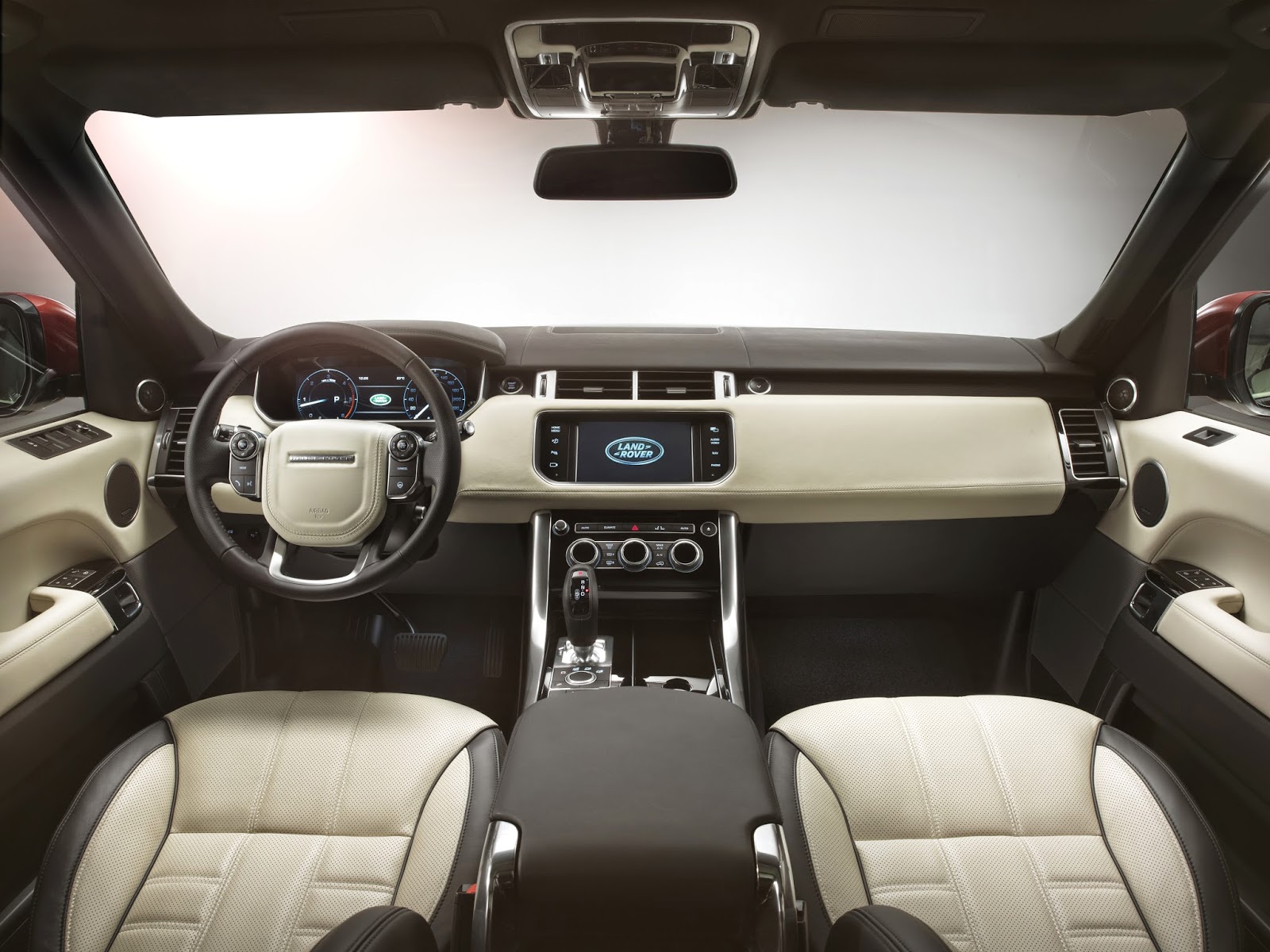 Mention of snowbirds leads us, in a roundabout way, to the mechanical marvels that lurk under the stylish coachwork.  Available engines range from a 340 horsepower, supercharged V-6 (the same engine as the Jaguar XJ and XJ sedans) to a 510 horsepower supercharged V-8, all of them delivering power to all four wheels through an 8-speed automatic transmission.  Either is well up to the job of moving you around the island in style, but if only the fastest will do, the V-8 will blast you from 0 to 60 mph in five seconds and the top speed had to be electronically limited to 155 mph.

As you would expect in a vehicle of this type, a sophisticated and durable four-wheel drive is standard equipment, contributing greatly to the popularity of the Range Rover Sport in climates where snow is a factor.  But that same system works equally well in a variety of circumstances, from tropical downpour to aggressively attacking a winding road on a sunny day.  And located on the center console is a knob that holds the key to another dimension of luxury and performance that is unique to Range Rover. 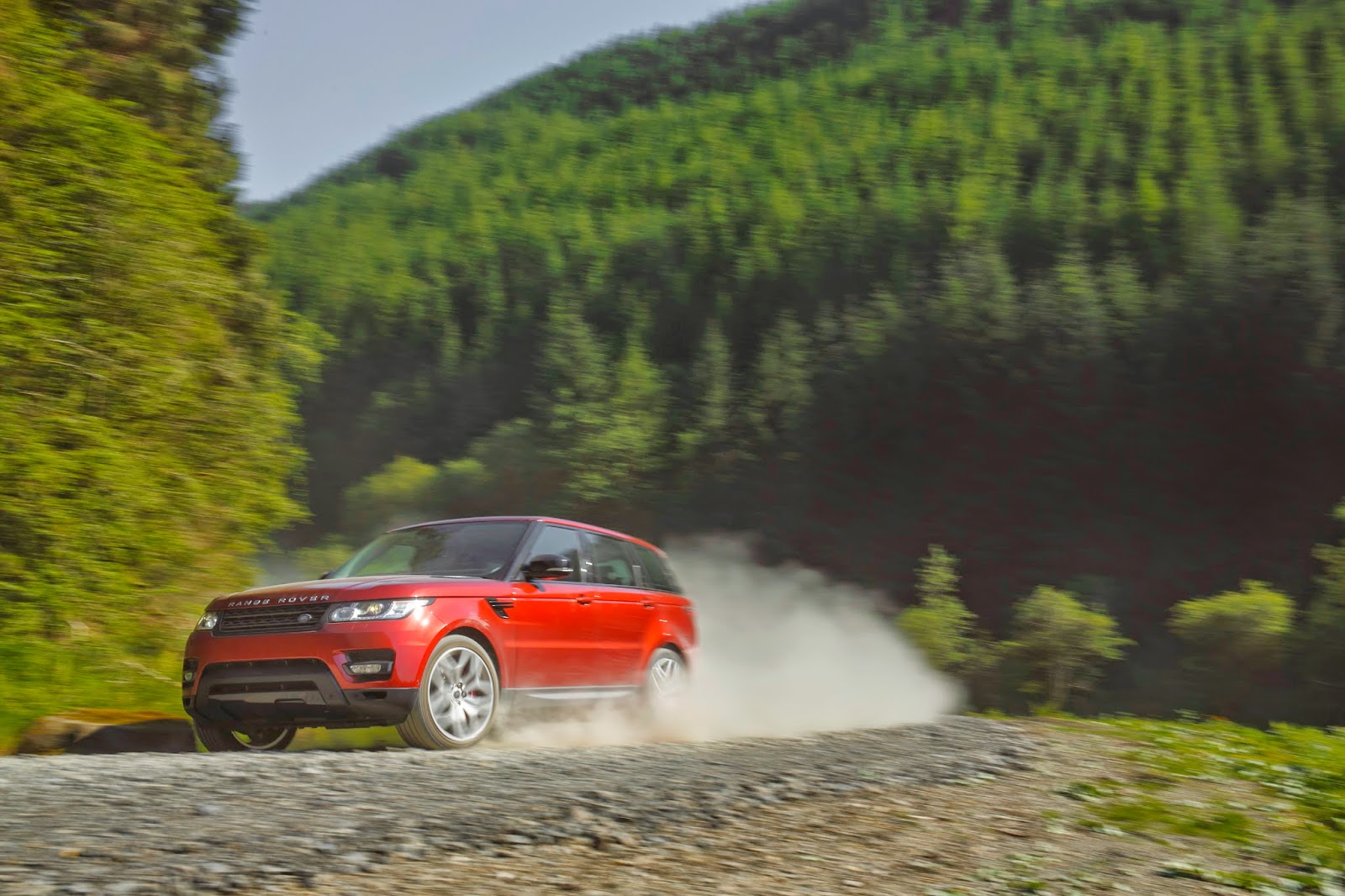 With that knob, you can change the way the engine, transmission and suspension operate to suit conditions you'll have to drive a long way to encounter.  It may not look it from the outside, and you probably won't buy it for these reasons, but the Range Rover Sport is entirely capable of climbing mountains, fording streams and taking you so far off the beaten track that time slows down, the roar of traffic becomes the wind in the trees and your cell phone becomes a paperweight.

If that sounds like something you'd like to experience, but would prefer the VIP version using somebody else's vehicle, Google "Range Rover Driving Experience" and you'll find that the opportunity is as near as the Biltmore Estate in Asheville, North Carolina, or as far away as the Peckforton Castle in England.  It's a 5-star experience with all the thrills, none of the danger, a stay at a world-class hotel and a mid-day lunch of lobster bisque and London broil in the middle of the forest. 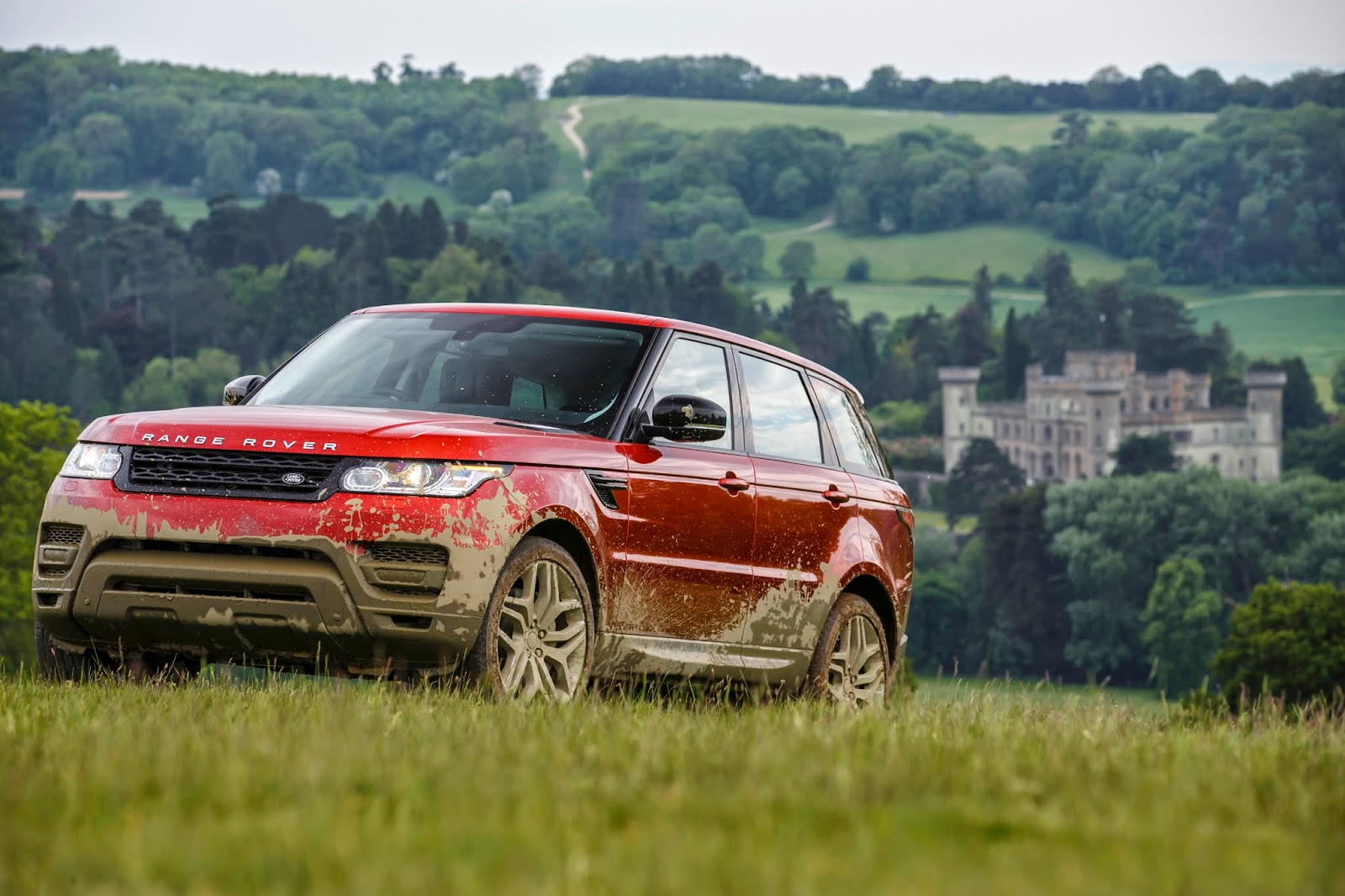 "The Range Rover Sport is so completely at home in so many situations that it seems to have been designed specifically with Palm Beach in mind," says Adkins.  "It's stylish enough for the Breakers, big enough for your entire golfing foursome and gear, powerful enough to impress your teenage son and  so comfortable you'll want to drive it from here back to your home in the Hamptons rather than have it shipped.  It does so many things so well that, once you drive one, you'll find it hard to settle for anything else."

So if you're looking for a stylish behemoth that will enable your fantasies, transform the-day-to-day, subdue the wilderness and still merit a front-row parking spot for your next charity event at Mar-a-Lago, there's really only one vehicle that will get you there. 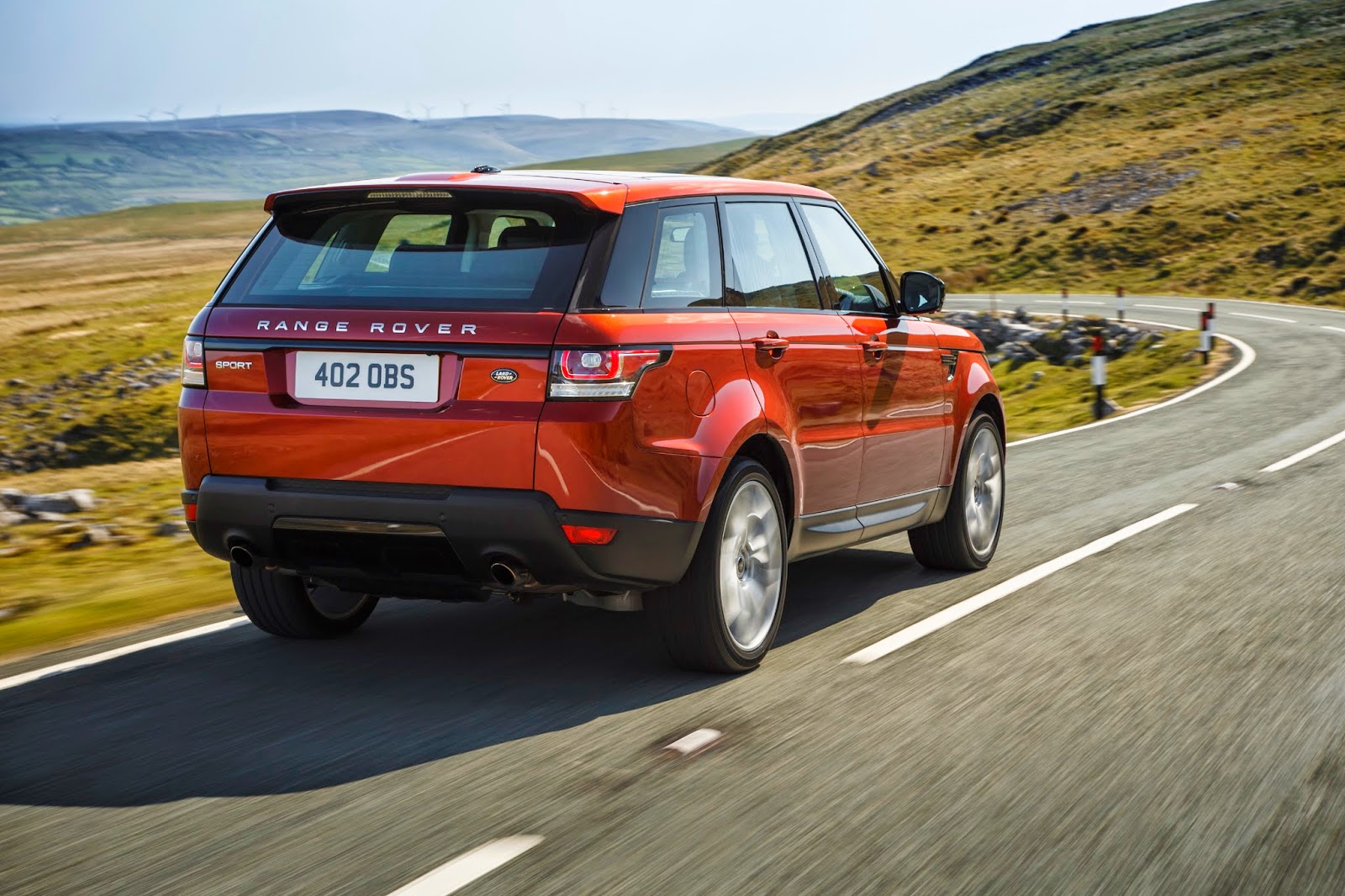