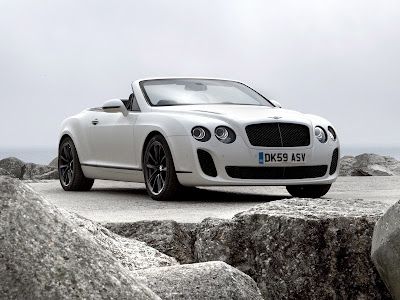 (Video)
There are tough guys who manage to look great in a tux; Bogart and George Raft come to mind, and do, more recently, Bonds like Connery and Daniel Craig.  Some few cars are like that, and the Bentley Continental Supersports Convertible is right up there on the list.  The principal characteristic of this genre is an elegantly muscular appearance backed up by the ability to both mingle gracefully with the consignetti and, at an instant's provocation – or opportunity -- unleash the warrior within.


The name derives from the 1925 Bentley Supersports, a race-bred version of the iconic Bentley 3-litre, a car that produced 85 horsepower in an era when 15 horsepower was the norm.  The 1925 Supersports was also the first production car to reach 100mph – truly extreme performance in its day. 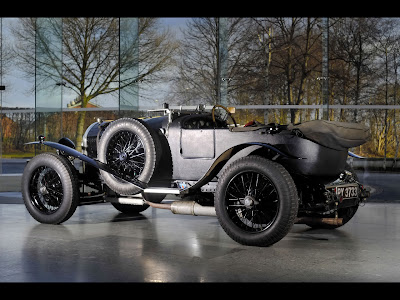 That's the sort of thing the Continental Supersports ($290,000 est.) excels at, aided and abetted by a twin-turbocharged, 12-cylinder engine delivering 621 horsepower to all four wheels.  Providing some measure of control over the level of violence unleashed is a 6-speed automatic transmission with steering wheel-mounted paddle shifters; let it all loose and 60 mph is just 3.9 seconds away.
If your nerves, and wallet, can take it, keep you foot on the floor and you'll see the speedometer needle hovering on the far side of 200 mph in short order.  Bentley claims this is the world's fastest four-seat convertible, and can state unequivocally that it's the fastest drop-top in the automaker's history – and among the most environmentally-friendly, as well.  The 2011 Continental Supersports (along with all models in the Continental range) is capable of running equally well on gasoline, E85 bioethanol, or any combination of the two.  This FlexFuel technology offers a reduction of up to 70 per cent in CO2 emissions.

“The ‘extreme’ Bentley stable now has a new occupant in the form of the Supersports convertible,” says Bentley's Dr. Ulrich Eichhorn, Member of the Board, Engineering. “It is a car every bit as purposeful and potent as the Coupé but with the panache of roof-down motoring.”

Given that opportunities to utilize the Supersports' full capabilities are few and far between, other virtues take on more importance.  The Supersports convertible top is an electrically operated, three-layer fabric hood with advanced acoustic insulation that makes the interior very nearly as quiet as a hardtop.

The interior luxury aspect is everything a Bentley should be, including traditional top-quality leather, but it's combined with materials that are new for Bentley, such as satin-finished carbon fiber and Alcantara.  Technical luxury includes features such as Adaptive Cruise Control with 'Follow to Stop' feature, an iPod interface, front seat massage function, telephone handsets and rear-view camera and a Valet key.  The end result is an interior with a distinctly sporting and contemporary style.

The new Continental Supersports Convertible is a car that must be driven to be fully understood.  If you want the full experience, and you don't mind a few stares, dig your tux out of the closet and put it on before heading down to Braman Bentley for a test drive.  But don't take it too far; you might want to leave the Beretta and shoulder holster at home.

Note: This story was written on assignment for the Palm Beach Daily News.  A version appeared in the newspaper in April 2010. 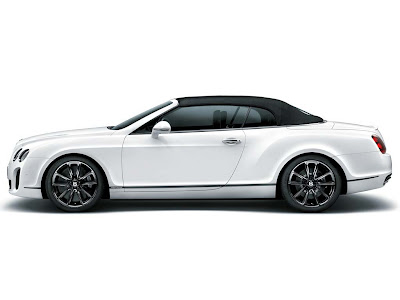 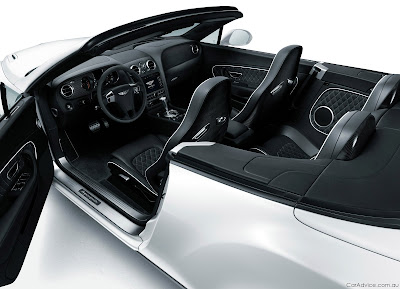 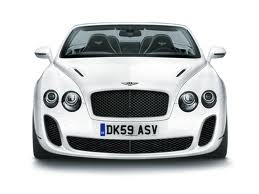 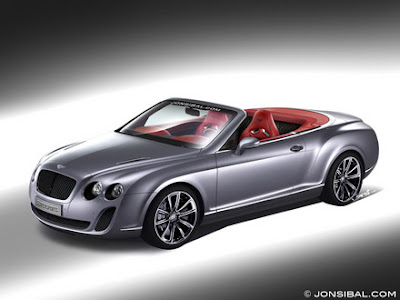 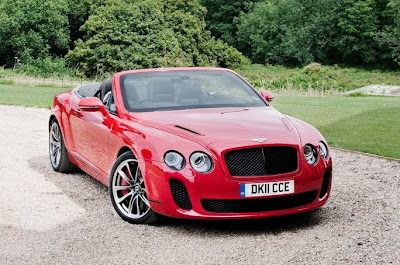 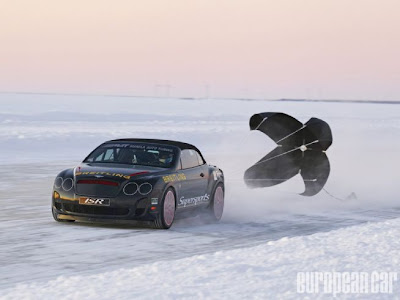 Granted that this is about as far from Palm Beach as you can get, but it's still a Bentley Supersports Convertible you'll see in this video.  At temperatures of minus 30 degrees centigrade, Finnish rally legend Juha Kankkunen made a top speed run on a section of the Baltic Sea frozen over with ice more than two feet thick.  His top speed?  205.48 mph. In a convertible... thought it must be admitted he had the roof up.
﻿
Bentley Continental Supersport being driven at the Nurburgring by Derek Bell
Posted by Unknown