Streets of Tomorrow
MUVe -- An investment opportunity, or another Segway? 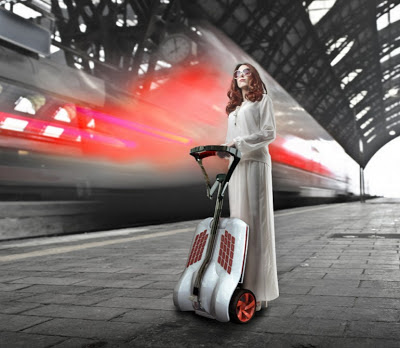 Public transportation is designed to get people economically from A to B, and, for the most part, does a fine job of it.  But what about from B to C?  From the train station, bus stop, etc. to your final destination?


At this point, you call a friend, call a taxi or hoof it.  And that's what keeps mass transit from being the big picture solution to pollution, dependence on foreign oil and rush hour.  The Segway might have been an answer to this, if they had been able to get the cost down low enough to put a fleet of them at every mass transit terminal.  But that sort of fleet-for-the-people idea has never really worked out.
So, if somebody could invent something Segway-like that sells for a lot less, is less technically complicated… and it had the virtue of folding up into a package small and light enough to take on the train or bus with you, then you'd really have something that stands a chance of becoming a viable mass-market product.  There are electric bicycles and sit-down scooters aplenty out there, but none of them fits the carry-on concept.  Perhaps the most promising new development we've seen is an electric-powered skateboard (see photos below), which could be a huge hit with the right age group, but once you're out of school and in the real world, getting to work that way isn't really an option anymore.
This is where the MUVe (My Urban Vehicle) and Israeli inventors Amir Zaid and Benny Shimon come in.  Zaid, a graduate of the design studios of automotive giants Fiat and Ferrari, began working on the My Urban Vehicle project in early 2012, along with co-founder Benny Shimon.  The target was to design and build a lightweight, folding e-scooter for the short commute between train and bus stations – or multi-story city car parks – and the office.
Six short months later, the first working MUVe prototype was ready to roll, and here's how it works.  Rather than ride standing side on, with one foot behind the other, MUVe users will be able to travel Segway-style, with feet side by side. There will be no self-balancing wizardry going on though – forward motion and acceleration come courtesy of a twist grip, and steering is controlled just like on a bike, by turning the handlebars. An accessory bag mount for storage is planned, as well as seating, lighting and custom finish options.
An electric motor in the wheel hub will move the MUVe at an ectronically-limited top speed of about 16 mph, and should go up to 18.6 miles on a single charge.  Re-charging is accomplished via an external charger plugged into a 110 - 220-volt wall socket.
The MUVe will stand 29 inches tall when folded out and ready to ride, and a little over 13 inches when in trolley mode (with the rear wheel folded under the main body and the handlebars collapsed down). Drawings of the MUVe show a smartphone dock on the handlebars, which will connect to the vehicle's 'brain' and provide such information as how much further you can go before needing a re-charge.  It might also be used to activate an automated folding mechanism.
For something like this to be genuinely practical, it needs to be light enough for the average person to lift up into the bus or train, so the designers are working toward a total weight of less than 33 pounds.
It's an interesting idea, and Zaid and Shimon are currently seeking investment partners to help them manufacture a limited number of production vehicles by the end of this year, followed by full-scale production in 2014. The basic version is expected to cost just under US$2,000, with a premium model adding another $1,000 to the price tag.
We're not endorsing this particular product or company, just making you aware of a new technology intelligently aimed at a market niche that is currently empty.  Ultimately, the cost, weight and design will all have an impact on how broad the appeal for such a product is – the lighter, cheaper and swoopier it is, the more of them you'll sell -- but all that takes is money. 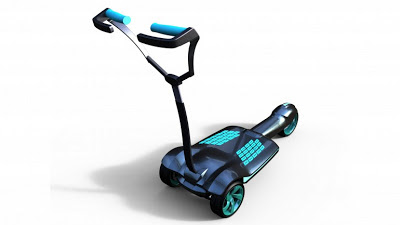 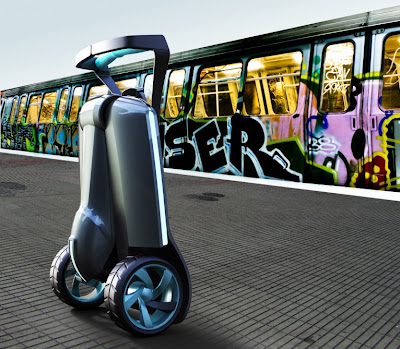 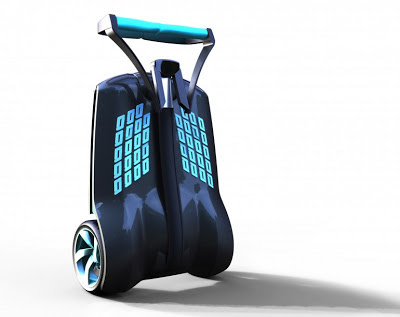 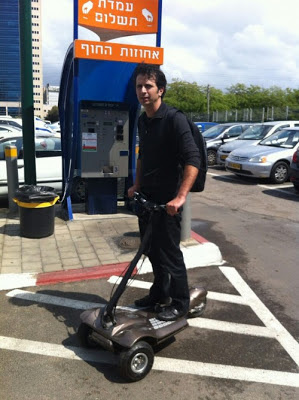 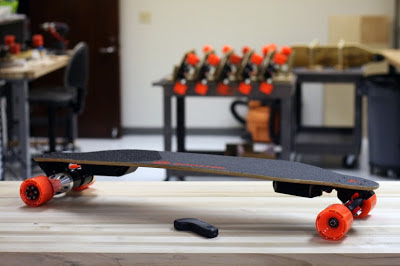