The Amelia Earhart of Autos – The Adventures of Aloha Wanderwell Baker 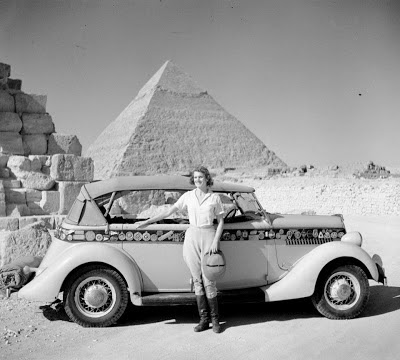 Palm Beach was founded through the efforts of visionary adventurers, and while there is no readily apparent connection to the appropriately-named Aloha Wanderwell, anyone who appreciates true adventure stories about globe-trotting (or driving) pioneers will find the new book about her life a 'must read.'


Starting at the age of 16, Aloha Wanderwell Baker became the first woman to travel around the globe in an automobile. "Aloha Wanderwell: Call to Adventure" (ISBN: 978-1484118801) is a new book published by the Nile Baker Estate and Boyd Production Group that journals those adventures.

In her own words, Aloha Wanderwell Baker recounts the true story of a fantastic seven-year journey around the world that took place in the 1920s in a Model-T Ford while traveling with the Wanderwell Expedition.

In some ways, Aloha could be considered the "Amelia Earhart of the Automobile." While Amelia circled the globe in the air, Aloha faced her dangers, trials and tribulations down on the ground…and she did it first.

The book contains Aloha's 1939 memoir, "Call to Adventure," in addition to exclusive essays, photos and supplemental materials from the author's estate.

Readers will travel with Aloha to Europe, the Middle East, India, Japan, China, the Soviet Union, the United States, Cuba and Africa. They will experience, firsthand, the details of her love affair with Captain Walter Wanderwell, a self-proclaimed adventurer, whom she married in 1925 during the American leg of the expedition.

Aloha recaptures pieces of history that include traveling through Italy while Mussolini and the Fascisti were consolidating their power; braving food riots and hostile mobs in Germany; and driving into Palestine, where the Jews were attempting to build a new nation; and more.

During her travels, Aloha disguised herself as a man and prayed in Mecca; she became a confidante of Chinese bandits; and was granted the title of "Honorary Colonel" in the Red Army of Siberia. This is only the tip of the iceberg.

"The book has it all," Richard Diamond, Aloha's grandson and also founder of AlohaWanderwell.com, says. "There's adventure, intrigue, romance and murder."

﻿
"Aloha Wanderwell: Call to Adventure" is a book that appeals to a wide audience: adventure travel enthusiasts, car buffs, romance readers, people curious about women's history and others. 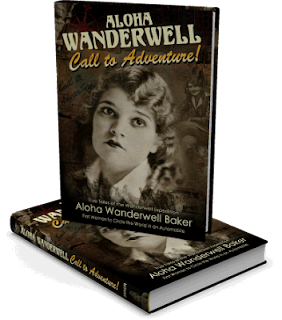 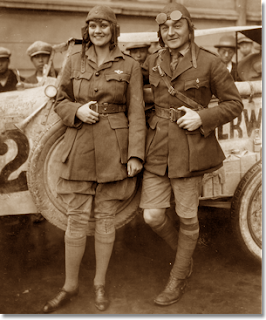 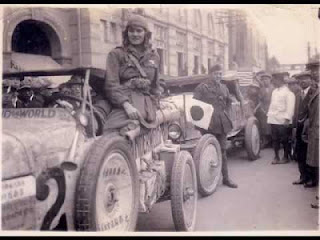