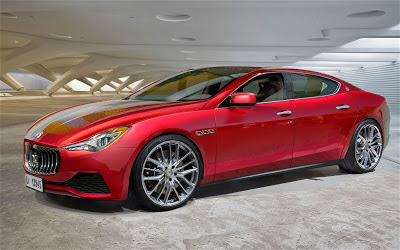 Maserati is arguably the first automaker to make a practice of naming its cars after the exotic winds of the world.  And why not?  Winds are motion and change, they blow people and the products of civilization to places they could never go otherwise.  Those who have harnessed the winds have been accorded the status of legend throughout history.  Wind is both manifestation of, and metaphor for, power and speed.

The Maserati Ghibli, designed by Giorgetto Giugiaro of Ghia, made its world debut at the Turin Motor Show in 1966 and continued Maserati's practice of naming their cars after winds (Kahmsin, Bora, etc.); "Ghibli" is a collection of winds blowing across the Sahara desert.


That said, the original Ghibli was a sleekly-styled two-seater GT that proved to be Maserati's most popular model since the company withdrew from racing in the 1950s.  Its styling was so tuned to the times that it outsold its two biggest rivals of the time, the Ferrari Daytona and Lamborghini Miura… thought it has to be said that, on the strength of current collector prices for those cars, everyone who ever bought a Ghibli ($80,000) instead of a Daytona ($600,000) or Miura ($500,000) is still kicking themselves to this day.
The last original Ghibli was produced in 1973, and the name remained dormant until 1993 when it was revived as a 2-door, 4-seat variant of the Maserati Biturbo.  The end of the second-generation Ghibli came in 1997 when it was replaced by the 3200 GT.


Version III of the Ghibli, and by far the best-looking version since the original, made its debut on April 20, 2013 at the Shanghai Motor Show.  The new Ghibli is first-ever mid-size four-door luxury sports saloon in Maserati's history… and will be offered with the first diesel engine in Maserati's history.
The turbo-diesel 3.0-liter V-6, developed by Maserati engineers under the direction of Scuderia Ferrari former Chief Motorist Paolo Martinelli, will deliver traditional Maserati high performance and sound but is engineered to produce approximately 47 miles per gallon…. perhaps not such a big selling point in the U.S., but a huge asset in countries where fuel costs $8 per gallon.


The Ghibli is more of a driver's car than has been the case in recent years, although it maintains visual links with the Quattroporte.  This is the first time in the company's history that they have produced two four-door cars at the same time.  The Ghibli will have a more-focused, sportier philosophy than the larger Quattroporte and will be available with two turbocharged 3.0-liter V-6 gasoline engines, both mated to an eight-speed automatic transmission.
The most powerful of the engines will be the twin-turbo unit in the Ghibli S, which produces 410 horsepower, 0 to 60 mph times of five seconds flat and a top speed of 177 mph.  The less-powerful engine is only marginally so, with 330 horsepower and 0 to 60 in 5.6 seconds.


Both of these engines, with their parallel turbochargers, were developed by Maserati Powertrain in partnership with Ferrari Powertrain and will be built by Ferrari in its world-leading engine construction facility in Maranello.
The diesel engine is also a 3.0-liter V-6 with turbocharger and producing 275 horsepower and 0 to 60 mph times of 6.3 seconds.  If this seems not entirely in keeping with the traditions of high-performance cars, you need to take a test drive.  The new breed of diesel engines are smooth and powerful, and in typical city driving, actually offer a far better driving experience than a gasoline engine.


And if you're expecting this diesel-engined Maserati to sound like a school bus, forget it.  The new Maserati Active Sound system consists of two sound actuators, fitted near the exhaust tailpipes, are designed to accentuate the engine's most distinctive tones and modulate them precisely to suit the way the car is being driven. When the driver presses the Sport button on the central tunnel, the sound becomes even more resonant and utterly inspiring.
The other thing that might not be apparent in a car this… voluptuous is that both the Ghibli S and Quattroporte are available with Maserati's Q4 on-demand, all-wheel drive system that helps them both find traction on even the slipperiest surfaces.  The Q4 system delivers the responsiveness of a rear-wheel drive combined with the added security that only an all-wheel drive can bring in critical situations.


The Maserati brothers, Alfieri, Bindo, Carlo, Ettore, and Ernesto were all influential figures in the development of the auto industry in the beginning of the 20th century.  They started out building racing cars – the company was formed on December 1, 1914, in Bologna --  and the emblem they adopted is a trident, believed to have been devised by another Maserati brother, Mario.  An artist, he based on the  Fontana del Nettuno, Bologna, a spectacular homage to Neptune.
The current Maserati's blend of luxury and performance, not to mention names inspired by desert winds, are about as far as you could imagine from the god of the sea and those early cars that wore the trident, but no doubt the brothers would approve. 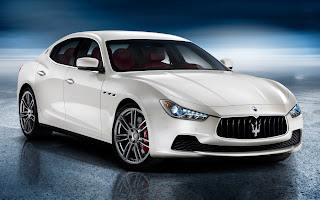 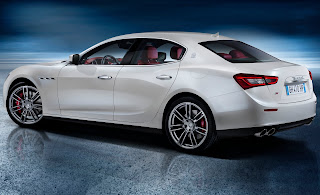 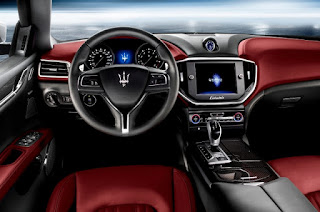 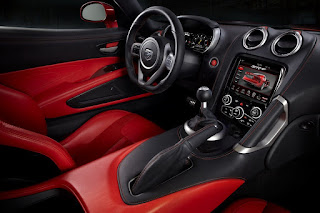 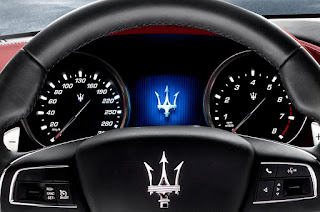 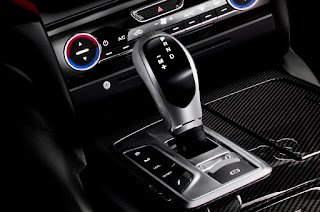 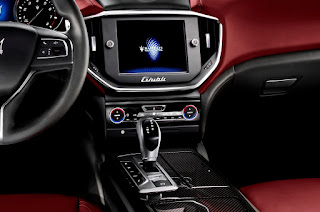