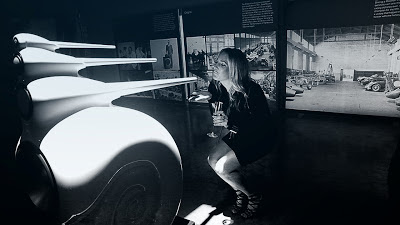 For true auto enthusiasts, cars have always been about music.  Not just the quality of the audio system inside, but the music of the exhaust as you rev the engine, the howl of the tires as the fight the battle between physics and pleasure, the symphony of mechanical noises as you listen to the steel orchestra under the hood flex its musical muscles.
And now, Maserati, and British sound specialists and innovators, Bowers & Wilkins, will bring their "Seven Notes World Tour" to Los Angeles on June 6, 2013 and New York City on June 13, and London on July 17, 2013, as part of a current seven city exhibition of sound, music and design. The global tour celebrates the arrival of the new Maserati Quattroporte – the car manufacturer's first model to feature an integrated Bowers & Wilkins car audio system.

The "Seven Notes World Tour" experience features a multi-sensory sound installation based on the shared design principles of the two brands – engineering excellence, technological innovation and true performance. The tour is the natural progression of "Seven Notes," a collection of music tracks, produced by internationally acclaimed artist and producer Howie B (Massive Attack, Bjork, U2), that were created using the seven distinct notes of Maserati V8 engines. The "Seven Notes" tracks were produced at London's Abbey Road Studios using Bowers & Wilkins 800 Series Diamond loudspeakers.
Encompassing Dubai, Beijing, Shanghai, Tokyo, Los Angeles, New York and London, plus a special Vogue tribute event during Men's Fashion Week in Milan, the "Seven Notes World Tour" features an exclusive live performance of the "Seven Notes" tracks by Howie B at each location. Howie B is supported by a local DJ in each city (including Gilles Peterson in London, Tim Sweeney in New York and DJ Harvey in LA), making each individual performance uniquely different. The tracks are available to download exclusively at www.sevennotes.com
Commenting on the tour, Howie B said: "Every musical project has its distinct challenge, whether it is working with a big recording artist like U2 or Bjork or whether it is marrying an unanimated object with an animated object, in this case the engine with the music group. The resulting 'Seven Notes' tracks exceeded what I could have imagined. The 'Seven Notes World Tour' will bring this music to life via a stunning audio-visual feast that has never been seen before."
The "Seven Notes World Tour" gives media and consumers the opportunity to fully immerse themselves in the brand partnership of Maserati and Bowers & Wilkins, and will showcase a number of flagship products from both companies.
The final product from the partnership showcased at the 'Seven Notes World Tour' will be the Maserati Quattroporte, the flagship vehicle from Maserati's range. The sixth generation Maserati Quattroporte is larger, lighter, more luxurious and more practical than the globally acclaimed car it replaces. The interior features an optional 15 speaker Bowers & Wilkins premium surround system that has been configured perfectly to the acoustics and shape of the car- creating a listening experience that is unrivalled in any luxury car audio surround system. The technology behind the system is astounding and features HARMAN's QuantumLogic™ signal processing and Auravox equalisation, ensuring that wherever you sit, you'll have the same listening experience.

The new Maserati Quattroporte will be available from this spring at the Maserati dealerships network, which numbers around 300 points of sale worldwide.

Maserati is one of the world's most famous sports car brands. Founded in Bologna, Italy in 1914, the company's dedication to performance has led to a string of sporting achievements and a series of legendary road and sports cars. Today the Maserati trident marque continues to be a symbol of automotive innovation, engineering excellence and refined luxury.

Bowers & Wilkins is a high-end audio specialist and maker of some of the world's most iconic hi-fi systems. Its portfolio of products include the Zeppelin Air iPhone dock, P5 headphones and the flagship 800 Series Diamond hi-fi speaker, used by recording studios such as the world famous Abbey Road Studios in London. 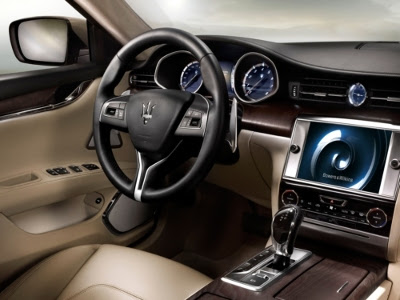 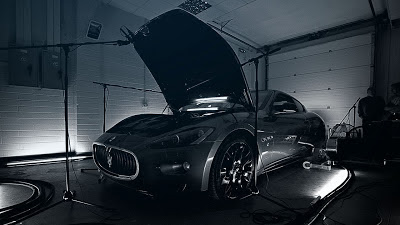 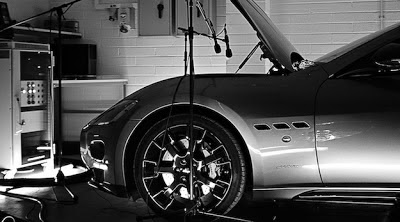 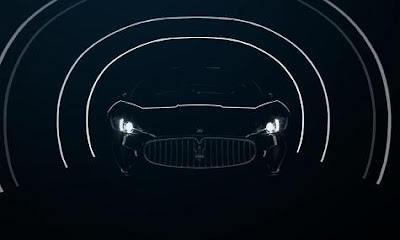