BMW Sets the Table of Tomorrow With a Feast
of Aluminum, Electrons and Carbon Fiber 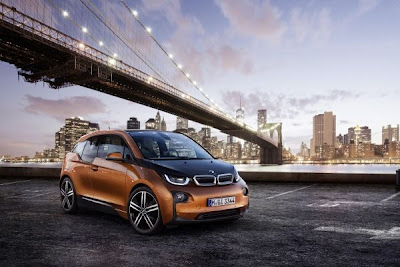 It never ceases to amaze me how the heart of a story, the real truth of the matter, often comes at you from a completely unexpected direction.  It might be something you see, or a phrase someone uses, or a concept you hear put forward.  And it's usually there just for an instant, then gone, like a rogue wave that blends back into the sea.  At the recent and extremely ritzy world introduction of the new BMW i3 urban electric car – held simultaneously in New York, London and Beijing, that moment belonged to a woman named Neri Oxman, who had nothing to do with the car itself, but caught the essence of its inevitable success in a few words.

In addition to being attractive and eloquent, Oxman is a designer and Assistant Professor of Media Arts and Sciences at the MIT Media Lab.  She was brought in to be the bubbly dreamer/futurist, paired with a practical engineer, on a panel discussion of some aspect of the i3.  During the course of a rambling but fantastically interesting answer to a question from the panel moderator that included both a quote from Ann Rand and the prediction that we will eventually be 3-D printing genes, allowing cars and their drivers to interact on a biologic level, she said that "Clients consume BMW philosophy as well as products."


And there you have it… the heart of the matter.  For all the big thinking, paradigm-busting, high-tech, sustainable, ect., ect. ect. that sprouts from every nook and cranny of this project like green fuzz from a Chia Pet, what will make this car successful -- in addition to its own inherent virtues -- on a mass scale, while no other automaker's electric car has really gotten beyond the novelty stage, is that BMW has carefully nurtured over the decades an enormous and dedicated global client base whose daily diet includes a heaping helping of the BMW gestalt.  They eat it, breathe it, drive it.  The power of its affect is second only to Ferrari, and perhaps tied with Porsche… but then neither of them are mass market manufacturers, nor are they actively involved in developing urban electric cars.
So, thank you Ms. Oxman, for clearing up the question of why, when every other automaker decided to create a new brand, they went for upscale luxury…. but when BMW, noted manufacturer of high-performance cars, took a look at the future, they decided that small, lightweight, zero-polluting electric cars designed to provide mobility in urban environments were the way to go... because that's the reality of the future, and they knew they had a big enough army of true believers to make it work.
As a result, after many years of development, the new i3 made its world debut on July 29 simultaneously in New York, Beijing and London.


It's both a daring technical gamble and an impressive display of corporate courage because widespread consumer acceptance of electric cars is still a long way down the road and no mass-market automaker has yet found the winning combination of convenience, style, comfort and price.  But BMW has a long history of innovation, and the i3 is not only high-tech, but is also every bit the Ultimate Driving Machine… though in this case, the driving isn't on a high-speed highway or scenic winding road, but rather in the city traffic that is the daily reality for most of the world's drivers – most of whom drive an average of 30 miles per day. 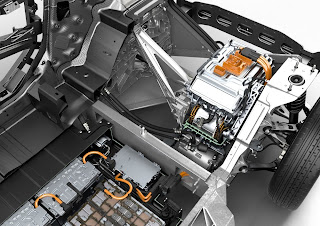 The i3's main power plant is a 170-hp electric motor, which produces up to 184 lb-ft of torque, ideal for city-style stop-and-start, low-speed driving.  Acceleration from 0 to 30 mph takes just 3.5 seconds, and 0 to 60 happens in 7.0 seconds.  The i3 is also fully highway-capable, with a top speed of 93 mph.  Recharging the 22-kWh, liquid-cooled lithium-ion battery,  can take as little as 30 minutes using a special 'fast charger' and an optional 650 cc, 2-cyliner, 34 horsepower gasoline engine functions as an on-board generator to re-charge the batteries while driving and doubling i3's 80 to 100 mile range up to almost 200 miles.
The i3 sits on an aluminum chassis, while the body is built of super-lightweight, super-strong carbon fiber-reinforced plastic (CFRP), the same material used in racing cars and exotic sports cars, so safety in the event of a crash is equal to much larger cars.  These materials also help keep the weight of the car down to approximately 2,700 lb., which extends the range and increases the acceleration.  The weight is distributed in a near-perfect 50:50 front/rear ratio which enhances the handling and helps validate the i3's claim to Ultimate Driving Machine status.
In thinking about what urban drivers need and want, BMW did not limit itself to fuel efficiency.  The i3 incorporates four doors, with the rear doors opening out from the rear, to make getting in and out of the back seat a breeze.  And the flat floor and bench seats make it easy for the driver to slide across and get out the passenger's side when parked on a busy street, rather than opening the door into traffic.  The i3's short overall length, combined with a tight turning radius of 32.3 ft., make it nimble in dense traffic and easy to park.
The i3's interior is a bright, thoroughly modern space with plenty of head and leg room for both front and rear passengers. Aesthetic touches include sustainable eucalyptus wood trim and olive leaf-tanned leather.  The dashboard is clean and functional, with all of the instruments and controls, including the start/stop button and gear shift selector, attached to the steering column.  Navigation and infotainment is handled by a SIM card-powered BMW ConnectedDrive system tailored specifically to electric driving.  BMW i Navigation provides constantly updated driving range estimates and information about nearby charging stations.
The i3 also makes use of the latest mobile technology.  An Apple cable connects iPhone owners with apps and phone features, and the BMW i Remote smartphone app offers functions like battery monitoring, car location, and door locking and unlocking.
The first production BMW i3's will be delivered to European customers in November and in the United States in the second quarter of 2014.  Three trim levels will be offered – Mega World, Giga World and Tera World – starting at $41,350 (not including any federal or state tax credits or BMW's destination and handling fee.)  All three trim levels include the ConnectedDrive system, Intelligent eCall, i Remote app, trim-specific 19-inch wheels, a 7.4 kW onboard charger and LED headlights. The main differences are in interior materials and equipment. The Range Extender i3 model with the on-board gasoline engine will start at $45,200.

While there were no driveable versions of the i3 at the introduction, we were given a chance to drive an Active E (basically a BMW 1 Series with the i3 drivetrain) around in New York City traffic, which proved illuminating about electric cars in urban environments.  The car won't idle forward like a gasoline-powered vehicle, so you have to feather the throttle in tight spaces, and when you take your foot off the gas, the regenerative braking system starts slowing the car down immediately; you can almost get away without using the brakes in most situations, but you need to beware of people behind you, because the car is slowing sharply without the brake lights coming on.  There is plenty of power for passing, and the instantly-available torque of the electric motor -- along with the lack of vibration and noise -- reduces the stress level makes city driving somehow more... serene.

While electric cars are still something of a novelty, the i3 is a big step toward making them a practical, logical and enjoyable choice for any driver who has to cope with the trials and tribulations of urban traffic on a daily basis.
To visit the BMW i3 web site, click here. 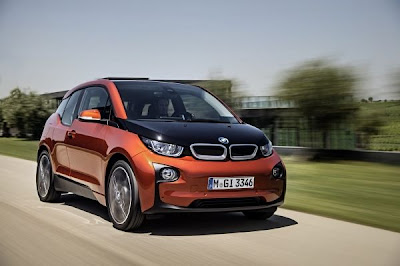 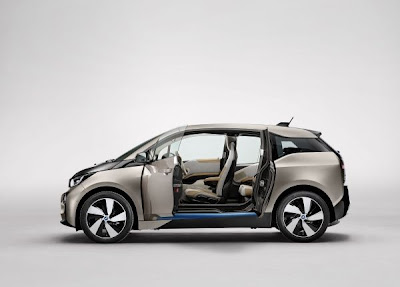 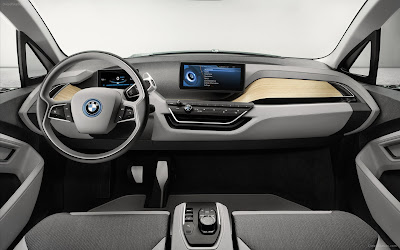 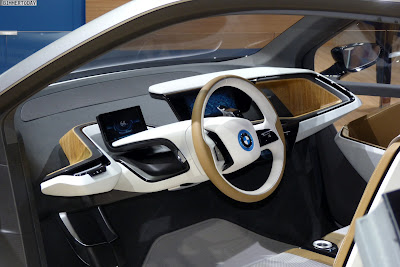 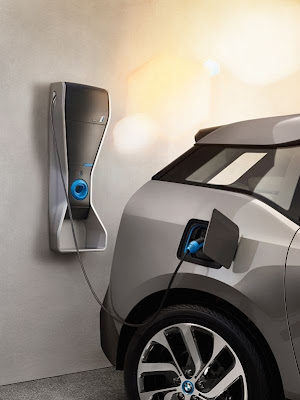