A Tale of Turbans, Turbos and Traffic – Memories of my adventures with Lamborghini 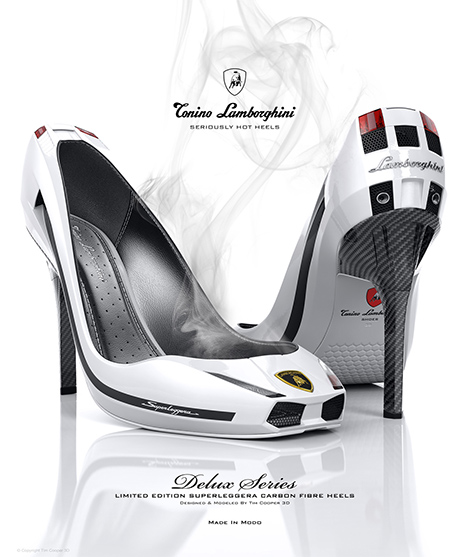 This year is the 50th anniversary of Lamborghini, one of those cars that, by its very nature, spawns history, velocity, envy, memory and even parody, as so eloquently demonstrated by these Gallardo stilettos created by designer Tom Cooper.  Do not rush over to Worth Avenue waving your black AmEx and demanding a pair in your wife's size, however. Not only would she be unamused (unless you have a very unique wife indeed), but unfortunately they exist only in the digital world.
Enterprising CGSociety member, Tim Cooper, created these ultra-fine white and carbon fiber Lamborghini Gallardo Superleggera high heels using a pair of his wife’s heels and hundreds of Gallardo images from around the ‘net. He modeled and rendered them in Modo and added the smoke and text in Photoshop for this mock advertisement.  He also created the police version of both car and shoes seen below... which would be genuinely absurd were it not for the fact that the Dubai PD actually has copped-up versions of a Lamborghini Aventador, Ferrari FF and an Aston-Martin One-77, along with a new Bugatti Veyron, in their fleet. 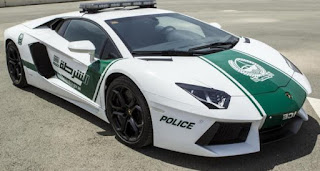 As for history, we all know that Ferruccio Lamborghini started out building tractors and that the company is now owned by Volkswagen (which also owns Bugatti)... long way from the Beetle, guys... way to go!  For more on the subject of history, and some great photos, several excellent stories are already up on the web, including this fine work from Angus McKenzie, who, despite his name, is apparently from the wilds of Calgary, Canada.  And, of course, if you're looking for chapter and verse, Wikipedia has them all. 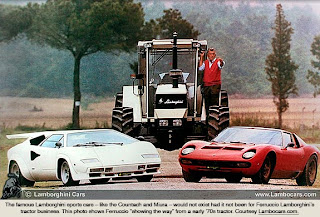 I know somebody who has owned half a dozen, and currently owns two, so envy can be assumed.  What remains for me to discuss is memory.  Cars of this type inevitably produce indelible (if scarcely infallible) memories in those privileged to interact with them.  I've driven a couple of the course of my career, but the two stories that stick in my mind both have me cast in the role of passenger.  Like my first-ever ride in a Lamborghini Countach, which was being flung with gusto and howling tires around an impromptu 'test track' in a Los Angeles industrial park by a laughing man with a huge beard and a turban.

This was long before the days of omnipresent cameras and unfortunately I have no photos of that event... nor are there more than a few on the internet, all of them fuzzy and out of focus, as though that time were being slowly erased... though I was around for the filming of the "Eye on L.A." TV segment you'll see below.

The man was Jasit  Rarewala, an engineer with a dream who was involved early on with getting Lamborghinis in to the U.S. on a one-by-one basis (we called them 'grey market cars' in those days), and later, along with Trefor Thomas, became the U.S. distributor.

There are interesting little snippets of detail from that time scattered around the web, like this one, but what I remember is the huge personality of the man, and the howling of the twin aftermarket turbochargers behind my head and sliding toward the curb – that we thankfully never reached – at some insane rate of speed.  Later on, after we'd become friends, I had a huge party at my house and he showed up in that same white-on-white Countach and parked it right in the middle of my lawn.  Of course the police came, but only to admire.

My most recent experience was not nearly so much fun, though anytime you get to ride in a Lamborghini, even if it was puttering along in traffic on Okeechobee Blvd in front of Lamborghini Palm Beach with legendary Lamborghini test driver Valentino Balboni at the wheel.  The occasion was the debut of the Balboni special edition Lamborghini, a rare honor indeed for a test driver.

Built in the 2010-2011 time frame, the Balboni special edition was based on the Gallardo, but with the all-wheel drive removed and power from the 550 hp V-10 directed only to the rear wheels.  Stats included  0 to 60 mph in 3.9 seconds and 199mph top speed... none of which we got anywhere near during out 'test drive.'  However, given that they only made a special run of 250 Balboni's, chances are it's a solid keep-and-hold investment.  This encounter was memorable not for the drive itself, three blocks down, U-turn, three blocks back... and repeat, but never exceeding 60 mph.  But what I will recall was that Balboni, like Jas Rarewala, was a man obviously and hugely in love with these cars.

I have two more Lamborghini memories perhaps worth recounting, one of them at least with me at the wheel, was during a multi-car drive arranged by World Class Driving Experience, one of those things were they have a cadre of exotics on hand, Lamborghini, Ferrari, Aston Martin, Mercedes McLaren SLR, etc. And you get to drive them on some scenic, winding roads around coastal Los Angeles.  They also have program where you get to hammer the cars on a racetrack, so you might want to check out what they have to offer.  You'll have to go to Las Vegas for this particular company, but there are East Coast offerings.

The three things I remember about that drive are how mechanical and visceral the Lamborghini felt, compared to the other cars, even the Ferrari, which felt more like a really fast luxury car.  The Lambo spooked me a bit the first time I used the shifter paddle to downshift because, it being the only convertible in the bunch, the throttle blip to match gearbox revs for the downshift sounded like a machine gun going off in my ear.

I also remember that the Aston Martin was the only supercar I'd ever seen with cupholders, and the seats in the Mercedes McLaren were a fixed-position carbon-fiber shell that became vastly uncomfortable after a short time.   I guess if you can afford a car like that, you can afford to have the seat changed for your particular anatomy.

Finally, my brother-in-law, Kevin Pike, was one of the top special effects guys for the movies once upon a time, though he's an agent for other special effects guys these days.  He had a hand in building the shark for Jaws, and in building the DeLorean for Back to the Future.  On this occasion, for a BP commercial designed to demonstrate the virtues of their motor oil, he had build two cars designed to look exactly like a Lamborghini Countach... from 10 feet away, anyway.  Inside the car was a structure of wires and folding scaffolds and all manner of hardware, all of which was designed to, at the push of a button, cause the car to crush itself into a cube, as though it had been crushed at the junkyard. (I was actually there when we did that to a Ferrari for a piece by noted automotive artist Harold Cleworth, but more on that in a future episode).

It all went off without a hitch, though perhaps the end result was not quite a perfect cube, but you don't really get to do too much testing in a project like that.  In any case, I did a little PR for him after the shoot, and got him on the front cover of the Los Angeles Times Business sections... for which my reward was one of the sets of quite real Lamborghini wheels and tires... that I promptly put on my dune buggy... which, barring better luck in the Lottery than I've had in the past thirty years, is as close as I'm ever likely to get to owning one. 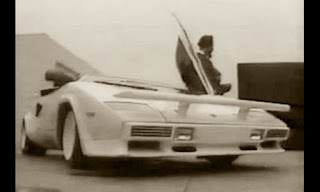 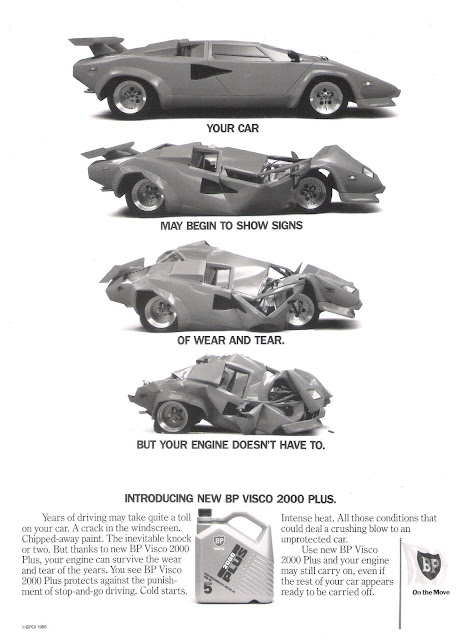 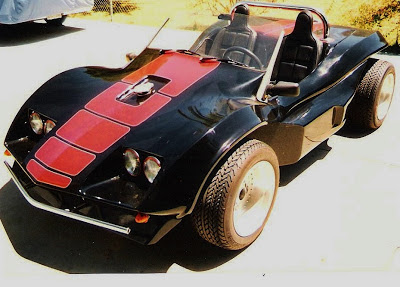