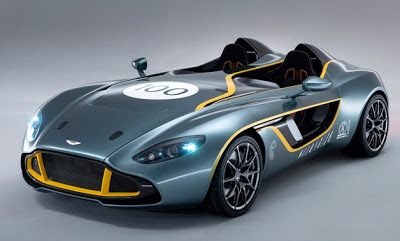 When you're a car company with a 100-year history, you get to do something like this; build an extremely cool car that everyone immediately wants, match it up with some racing legends and go driving around the Nurburgring, and then tell the world that, while the CC100 Speedster exemplifies the company's sporting history, and offers some hints at future design directions, there will only ever be one of them.


In 1912, Robert Bamford and Lionel Martin founded Bamford and Martin to sell cars manufactured by Singer, and provide service to cars from GWK and Calthorpe.  But Martin had speed in his blood and raced purpose-build 'specials' at a place called Aston Hill.  In 1913, the duo created the first car to bear the name Aston Martin by installing a four-cylinder Coventry-Simplex engine in the chassis of a 1908 Isotta-Fraschini.  Sadly, WWI intervened in their plans, both went off to serve in the military and all their production machinery was sold to Sopwith Aviation.

After the war, the company was re-founded and re-vitalized with funding from Count Louis Zborowski, building about 55 racing and production cars before falling into bankruptcy and being purchased by Lady Charnwood, who put her son, John Benson on the board.

So, you're starting to get the picture that the hundred years of Aston Martin history was not a long and glorious march from triumph to triumph, but rather a series of near-misses with disaster that rightly should have laid the name to rest alongside other such grand dreams.

But it didn't.  It survived, and even kept the name, somehow.  Even as recently as a few years ago, with Aston Martin a part of the Ford Motor Company family, it was sold again, this time to Dave Richards, owner of the automotive engineering group Prodrive.  But along the way, the cars kept looking great and going faster and getting more reliable until now Aston Martin is a well-respected global brand that can afford to build itself extravagant birthday presents like the CC100 Speedster.

Created as a stunning celebration of the great British brand's 100 years of sports car excellence the one-off CC100 looks both to the past and the DBR1 – Aston Martin's greatest sporting triumph on the track – and to the future with its teasing glimpses of potential future design direction.

The 6.0-liter, V12-powered concept car today made its world debut on May 19, the actual 100th anniversary of the company, by completing a lap of the famous Nordschleife at Germany's Nürburgring.   It lapped the circuit together with the 1000km race-winning 1959 DBR1, with British racing legend Sir Stirling Moss at the wheel. 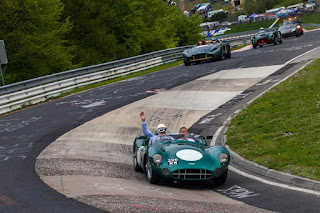 Viewed by tens of thousands of spectators in Germany, the radical speedster is being driven today by Aston Martin CEO Dr Ulrich Bez. He said: "CC100 is the epitome of everything that is great about Aston Martin. It represents our fantastic sporting heritage, our exceptional design capability, our superb engineering know- how and, above all, our adventurous spirit!

"I have nicknamed it 'DBR100' because of its affinity to the great 1959 race-winning cars and, of course, our 100-year anniversary in 2013. "But this car is more, even, than a simple 'birthday present' to ourselves: it shows that the soul of Aston Martin – the thing that differentiates us from all the other carmakers out there – is as powerful as ever and I very much hope that everyone who catches a glimpse of it at the Nürburgring today enjoys seeing it."

Designed and constructed in fewer than six months at Aston Martin's global headquarters in Gaydon, working with key supplier Multimatic Inc, under the leadership of Special Projects and Motorsport Director David King, the finished look of the two-seater CC100 is the work of Design Director Marek Reichman working alongside the brand's Chief Exterior Designer Miles Nurnberger.

Measuring almost four and a half metres nose to tail, and more than two metres wide (including mirrors) the Speedster Concept body is a classic example of the almost infinitely flexible nature of Aston Martin's trademark Vertical Horizontal engineering philosophy.

The drivetrain will power the CC100 from rest to 60 mph in four seconds, while the top speed is limited to 180 mph… fast enough, surely, when you're a hundred years old. 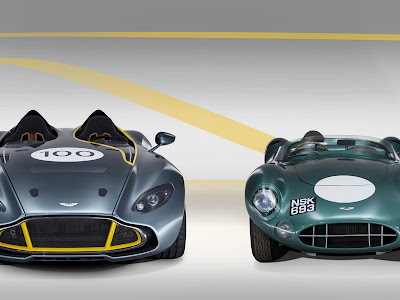 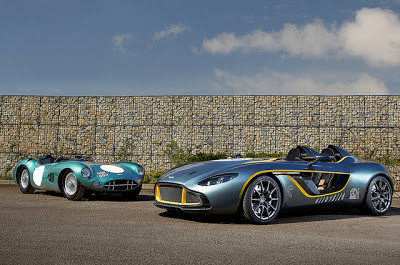 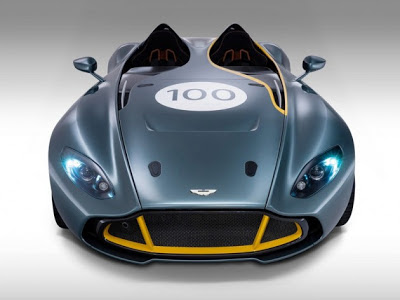 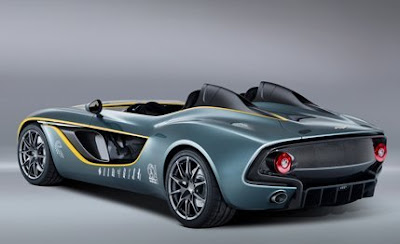 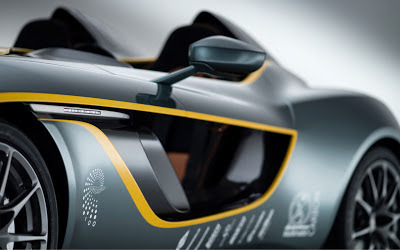 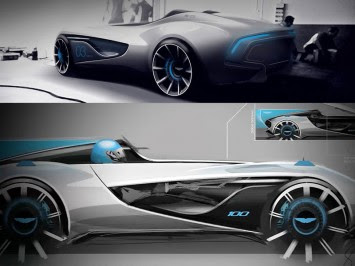 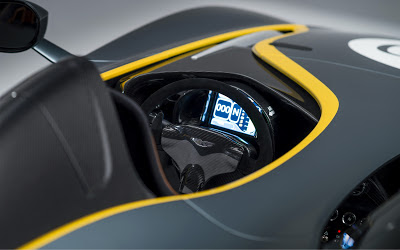 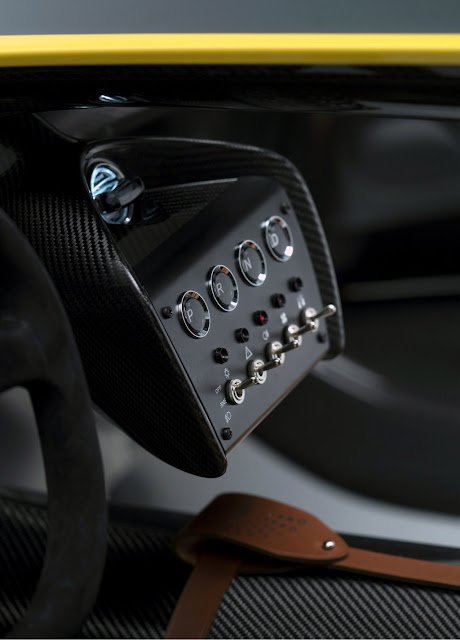 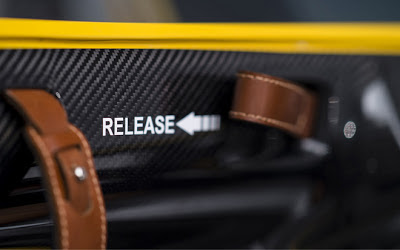 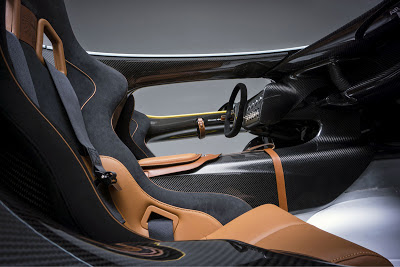