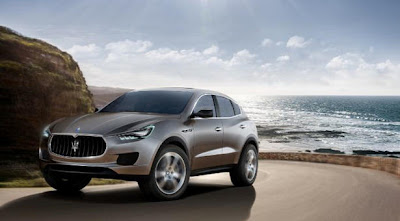 Maserati is on the move these days, both literally and figuratively.  They've just announced new versions of the Quattroporte and Ghibli, which are sort of a big brother / little brother luxury performance act.  And now more information is trickling out about a product that isn't even due until 2015 – the Levante, a luxury performance SUV designed to make lead-footed soccer moms swoon.

The name derives from Via Emilia Levante, in Bologna, Italy, the street where the Maserati first hatched the plan to create the company that bears their name.
Now that Fiat owns Chrysler (and Jeep) as well as Maserati and Ferrari, it's no surprise to see some corporate synergy happening in the form of the platform for the Jeep Grand Cherokee being used as the basis for the Levante.  The engines however, will be built in Italy, and will include a twin-turbocharged 3.0-liter V-6 with 404 horsepower in the base model and a twin-turbocharged 3.8-liter V-8 with 523 horsepower in the top-of-the-line version.


The transmission will be an eight-speed automatic and the Levante will also feature the Maserati Q4 all-wheel-drive system, so expect it's capabilities to tuned for handling, like the Porsche Cayenne, rather than the rock-climbing prowess of the Jeep.
The key elements of the Levante (which was originally named 'Kubang') will be a sporty feel, athletic styling and room for five in a cabin that is said to be every bit as as sumptuous as that of the new Quattroporte.


The Levante will be joining a growing field of high-performance SUVs, including the Mercedes-Benz ML63 AMG, Infiniti FX50, Porsche Cayenne Turbo, and Range Rover Sport Supercharged, along with the Jeep Grand Cherokee SRT8 and BMW X5 M, but the cachet of the brand, and the hand-stitched luxury of the Italian leather interior, should make the Levante one of those that have your kid begging to be picked up from practice right in front of all his friends. 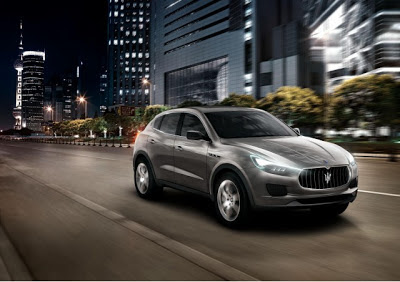 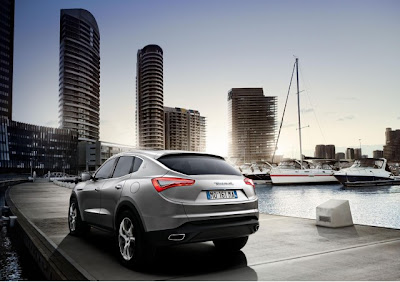