Lawyers and Cars and Progress, Oh My!
The New 2014 Mercedes S-Class Can Drive Itself… But the Lawyers Won't Let It 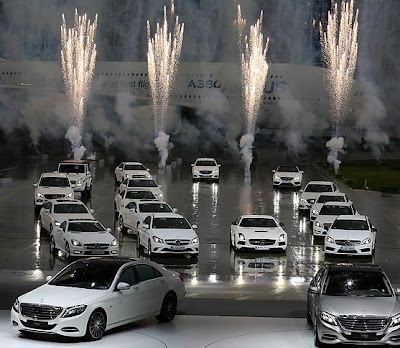 As fast as technology is moving these days, you have to wonder how many more cool gadgets we'd have, if only the lawyers would let us.  Take for instance the new 2014 Mercedes S-Class.  When it made its world debut at the Airbus hanger in Hamburg, Germany a few days ago, it thoroughly reinforced the model's role as the technical fountainhead of Mercedes, the headwater of a river of technology that eventually flows down to other models, and finally goes from option to standard equipment.  But it's what they left out that makes you wonder…


Consider -- 3D cameras; radar; night vision; LED headlights and taillights that adjust their brightness automatically; collision-prevention assist; magic vision control; LED ambient lighting with seven colors, five dimming levels, and four dimming zones; a Warmth & Comfort package with a heated steering wheel, heated door panels, heated front and rear armrests, heated and ventilated rear seats, and power memory rear seats; an air balance package with adjustable fragrance, ionization, and filtration through the heating/ventilation/air-conditioning system.
The long-wheelbase version of the S-Class  (the only version that will be sold in the U.S.) comes with five rear-seat options, including First Class, with one long center console between the 2+2 seating, thermo cupholders the will hear or cool your drinks, and two aircraft-style foldaway tables. The rear seats recline up to 43.5 degrees, with the seatback and cushion adjusting separately.
And, last but not least, new-generation driver assistance with active lane keeping assistance, Distronic Plus with steering assist, and BAS Plus cross-traffic assist, plus Pre-Safe brakes with pedestrian recognition and new-generation active parking assist with semi-automatic curbside parking.
These last, along with the 3D cameras, along with radar sensors that act as eyes and ears, providing a 360-degree view of the road are important because they're all elements of the unbelievably cool technology that got left out.
The new 2014 Mercedes-Benz S Class has all the technology needed to operate fully autonomously, but has been programmed not to.  Why?  No laws saying it's OK… and plenty of lawyers just waiting to sue the company to a fare-thee-well the first time one of these autonomous cars runs into something.
"We can do it now, but there are rules in place that we have to accept," said Thomas Weber, director of Mercedes’ R&D division.  But that doesn't mean it will never happen.  Weber added that Mercedes is preparing for the launch of an S Class that can drive itself with no involvement from the driver whatsoever.
Features that make up this system are included in the 2014 model, including something called Steering Assist that allows the car to crawl through traffic and drive along highways by itself.  The system knows when cars are approaching too quickly in adjacent lanes and warns the driver, and it knows when you're headed for a rear-end collision and hits the brakes automatically.   It can drive itself in gridlock. It can steer out of danger if the driver is too drowsy to stay in the lane.
However, due to regulations, the driver must keep his or her hands on the steering wheel at all times… which addresses an issue where the lawyers may have a point.  You can't have people catching up on their sleep on the way to work.  All it would take is one little glitch in the software and you'd find yourself in a ditch or snuggled under the back bumper of an 18-wheeler.
Still, a useful system to have in terms of allowing you to talk on your cell phone, reading the newspaper, applying makeup and all the other things that people tend to do while driving anyway.
Technology aside, everything about the new S Class is impressive.  The interior is luxurious and perfectly-finished, with two 12.5-inch screens mounted in the instrument panel and center console (we'll be watching the morning stock report on the way to work any day now…) and the rear seats are elevated to provide passengers with a view through the windshield.
Under the hood, a rear-wheel-drive S550, with a 455-horsepower V8, will go on sale in September ($92,000 to $150,000), followed by an all-wheel-drive version and a high-performance S63 AMG model in November.   In 2015, a plug-in hybrid and two variants with a V12 engine will make their debut.
So the lawyers (and lawmakers) are keeping us safe from too much change to soon when it comes to cars, though it must be said that they don't seem to have any problem with 600 horsepower engines and 175 mph top speeds.  So why can't they do something about the fact that it's impossible to buy a computer or smartphone that isn't obsolete in six months?

Historical Note:
The S Class, an evolution of the earlier "Ponton" (pontoon fenders) and "Fintail" body styles, was introduced in 1972 and has been Mercedes' flagship model for more than fifty years.  The current fifth-generation version was introduced in 2005.  The S-Class has debuted many game-changing innovations, including antilock brakes in 1978 and airbags in 1981. 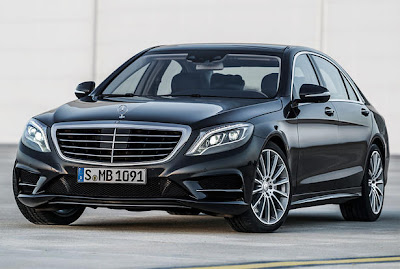 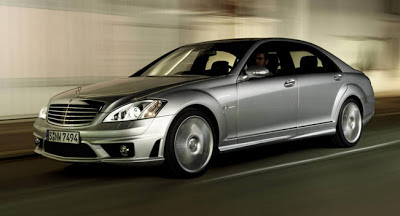 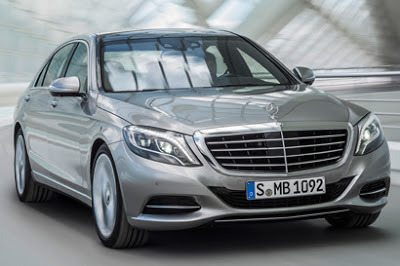 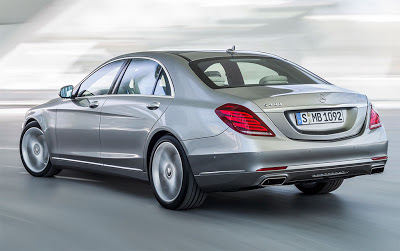 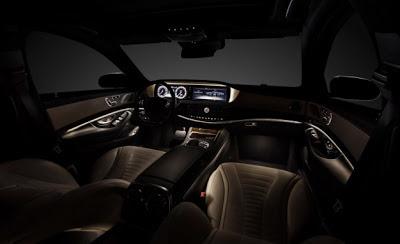 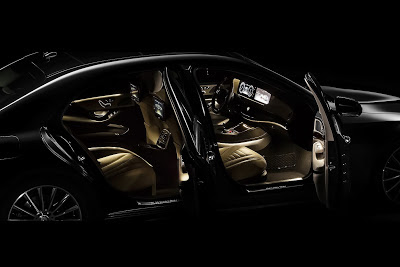 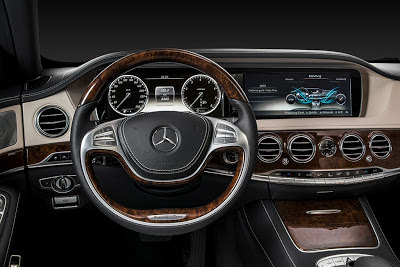 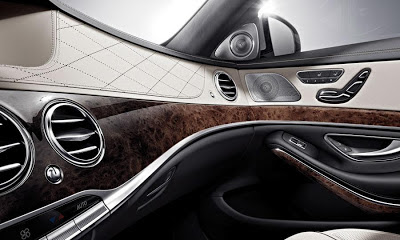 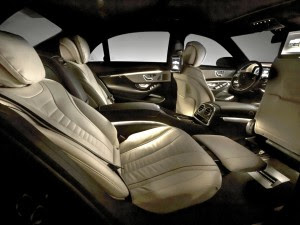 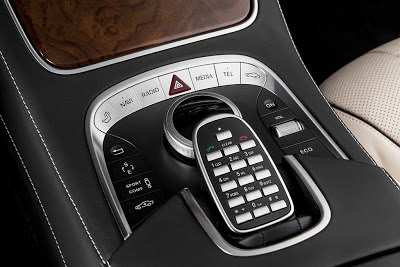