She Got Patent-Leather Flames On The Soles of Her Shoes
Prada builds a wildly-popular, limited run of car-themed stiletto heels 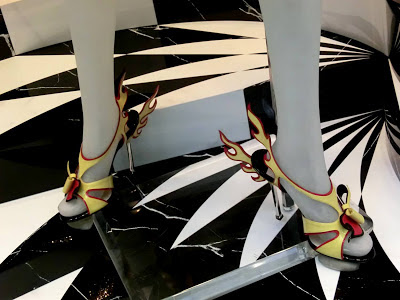 A while back, we teased you with a story about Lamborghini-inspired high heels, which turned out to be a computer-generated design exercise.  However, in this world where anything and everything can be had, you can have actual sky-high Prada stilettos inspired by the 1959 Cadillac, as well as various sorts of hot rods.  It's still is going to take a really unique woman to wear these, but if you happen to have one in your life, then your birthday, anniversary, Christmas dilemma is hereby officially solved.  You're welcome...

The shoes, including several different examples of pumps, sandals and wedges, are pure greased lightning. Sky-high stilettos feature a red, bullet-shaped tail light. A wedge is tricked out with exhaust-pipe flames shooting out the back. A third style has a wedge shaped like a tail fin of a vintage Cadillac. The collection of strappy, high-heeled shoes comes in hot-rod red and racing green with a shiny car-paint finish, and jeweled brooches on the front instead of hood ornaments."
The shoes were designed for wear on the fashion runway, and the number is very limited (as with most desirable cars), and they may be hard to find in the usual retail outlets, so unless you are very well-connected, you'll probably have to go shopping on e-Bay if you want to score a pair.
As to the psyche of the woman for whom you are buying them, the spectrum may be a little broader than you'd expect.  At Prada's spring/summer “Women and Cars” collection, the shoes reportedly caused grown-up women to swoon…. And these are New York women who really don't know from '59 Cadillacs or hot rods… they just know something unique and stylish when they see it.
“The second these shoes walked down the runway in September, everyone knew they would be an item,” says Regina Smith Popp, senior fashion editor at Footwear News. At Barneys, a salesman says the minute the shoes appeared in magazines, the store was “bombarded” with girls seeking them.
At Saks, a salesman on the shoe floor says the Hot Rod was “absolutely” the biggest seller of the season. “The girls just swarm them,” he says. “But it’s a runway shoe, and we only have so many sizes.”
That exclusivity is part of what drives women mad. But it’s also the sheer fun of the shoe.
“There’s this great novelty to them,” says Eric Nicholson, fashion director of xoJane.com, who wrote about the shoe in February under the headline “Possibly the Best Shoe Prada Has Ever Made.”
“They’re bright colors. They look like toys,” he says. “Even though they’re ’50s- and car-inspired, there’s some kind of surrealism about them as well.” As for the car theme, “I’ve always said that well-built luxury shoes are like cars,” adds Meghan Cleary, shoe expert and author of “Shoe Are You?” “I don’t think it’s really that different than a guy who collects Maseratis.”
But today’s hot little number is next season’s lemon. The distinctiveness of this shoe means it will date fast, so won’t this Hot Rod sputter out pretty quickly?
Yes, says Stellene Volandes, style director at Town & Country, but then they’ll roar back again in a few years. Expect a fashionable return “in the summer of 2015 or 2017,” Volandes says. “They are the shoe of the moment, but then they evolve into something else.”
But don’t forget to enjoy them now, fashionistas warn. “It takes a certain degree of fun to wear these shoes,” says Volandes. “Ultimately, that’s what dressing up should be. It’s like, ‘Hey, I’ve got flames on my feet.’ ” 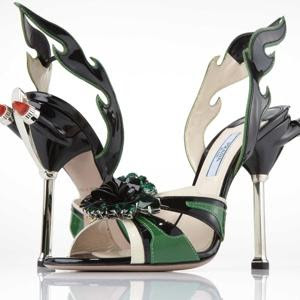 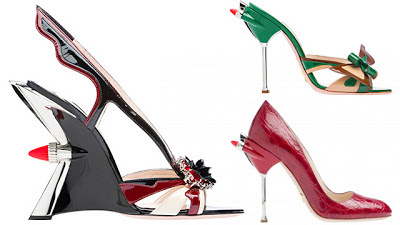 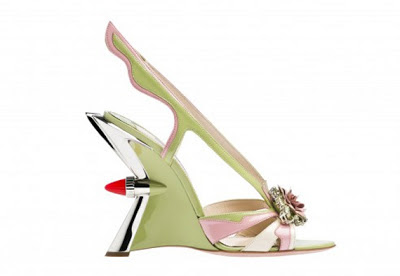 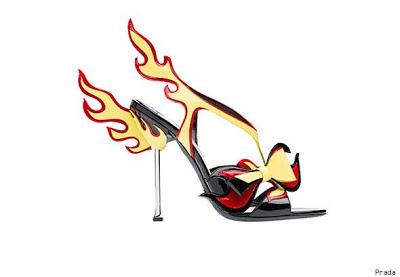 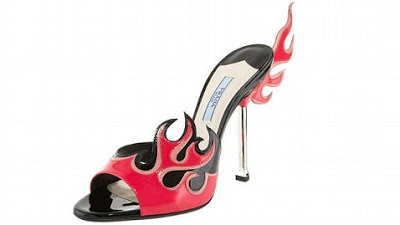 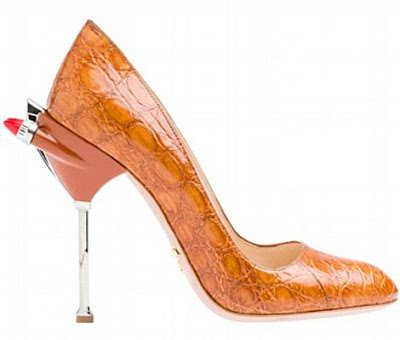 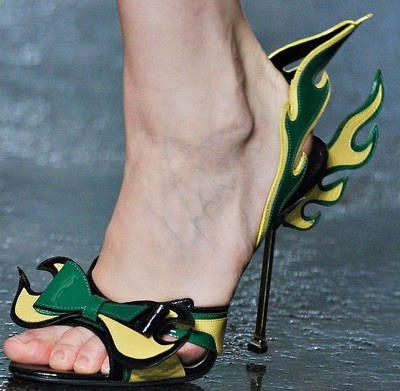